Posted on September 5, 2010 by stevengoddard

The Arctic is getting rather chilly, with temperatures over the entire ice pack ranging from 0 to minus 15ºC. 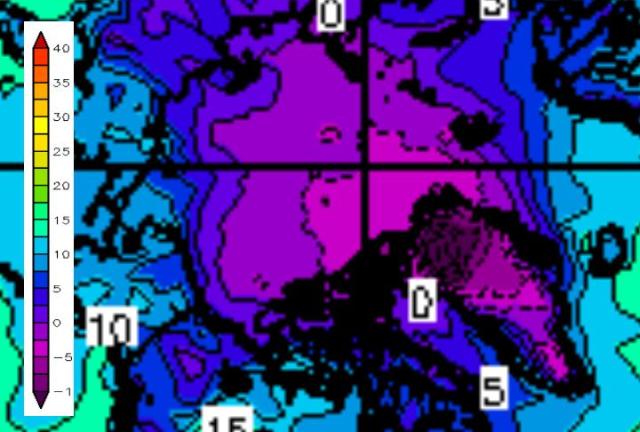 Over the last few days, a lot of the remaining low concentration ice in the East Siberian Sea has melted out. You can see that represented in the downwards blip below. 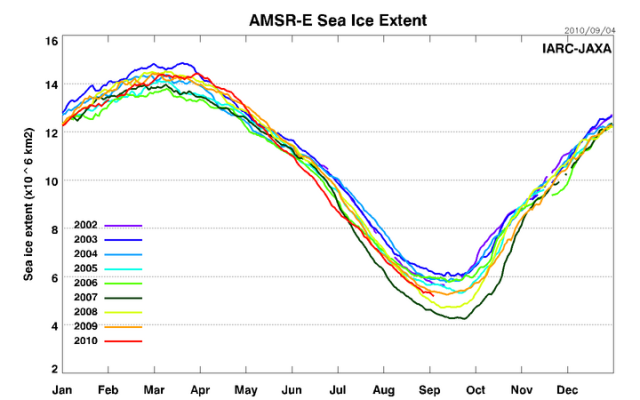 The modified NSIDC image below shows changes in the ice over the last week. Losses are shown in red, and gains in green. 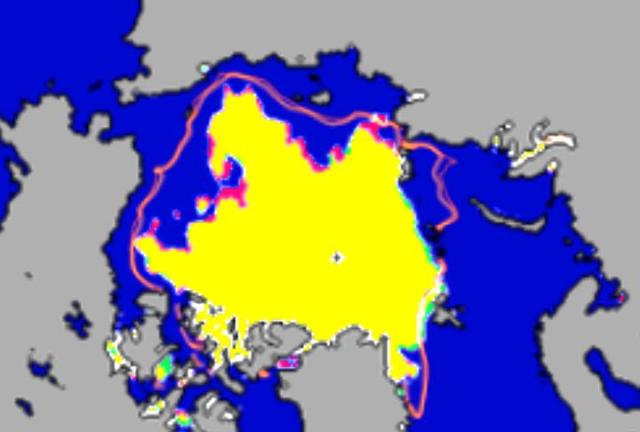 The modified NSIDC image below shows changes since 2007. 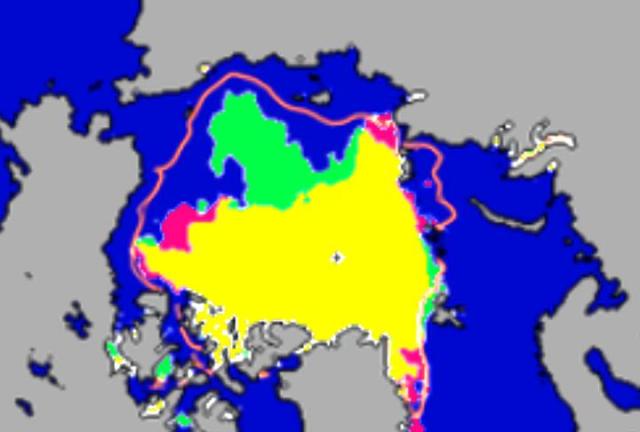 NSIDC typically bottoms out during the first week in September. This makes sense given the widespread cold, and new ice should start forming any day now. We will see that represented in the area graphs a little before it shows up in the extent graphs. First places to freeze should be areas of lower concentration ice near the pole. 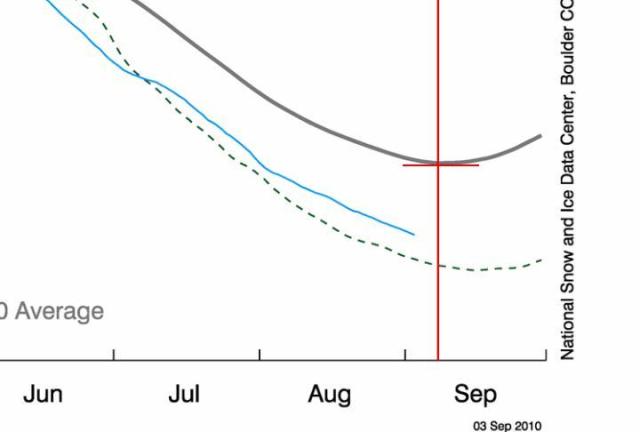 The modified NSIDC image below shows changes in the ice relative to September, 2009 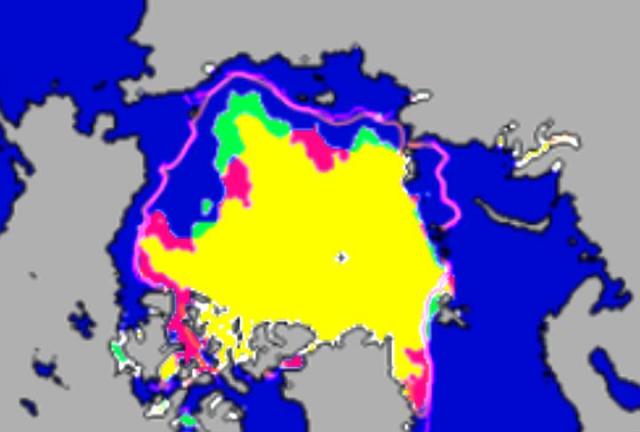 2009 had thinner ice in the East Siberian and Beaufort Seas, but experienced much less wind during the summer. Note that 2009 had a lot more ice in the Northwest Passage. 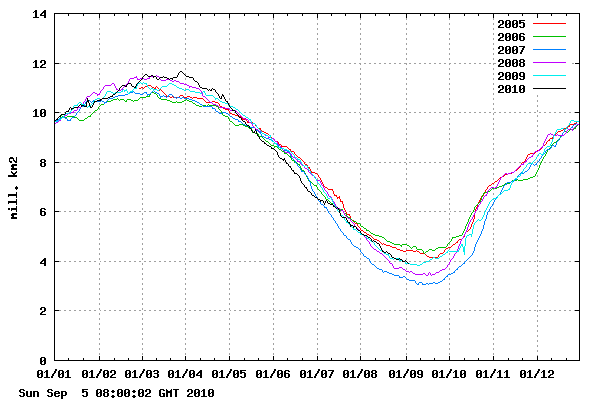 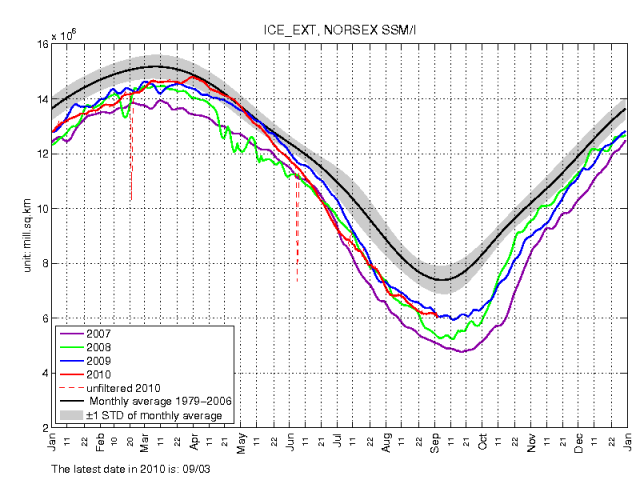 The target below shows current forecast rankings. The bullseye represents current JAXA extent (5,190,313 km²) and each ring represents 100,000 km² error. Looks like it is going to be very close between my August SEARCH forecast (5.1) and NSIDC’s (5.0.) 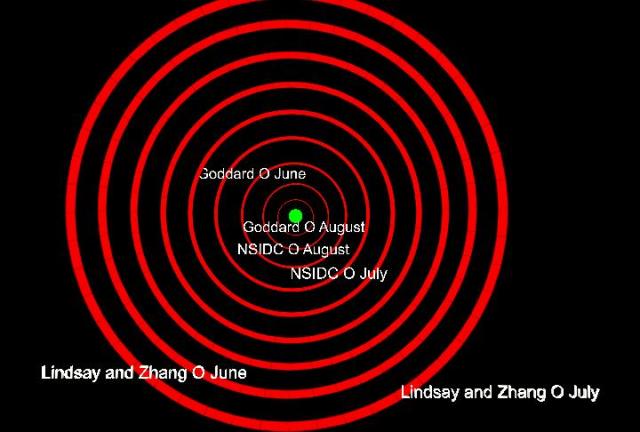 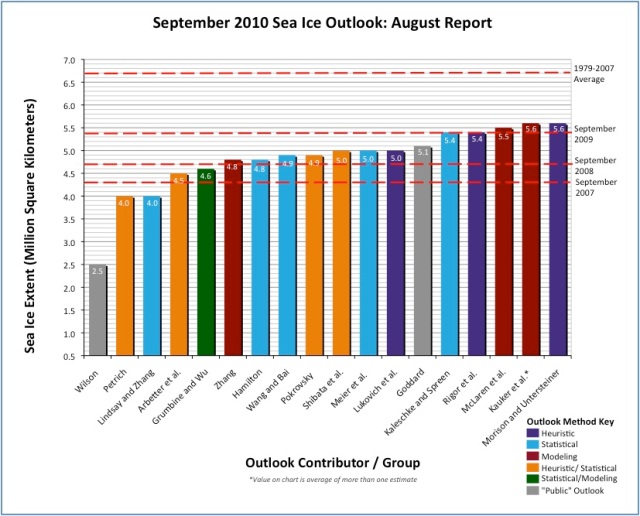