Weather is Driven By Differences In Energy

Posted on September 12, 2010 by stevengoddard 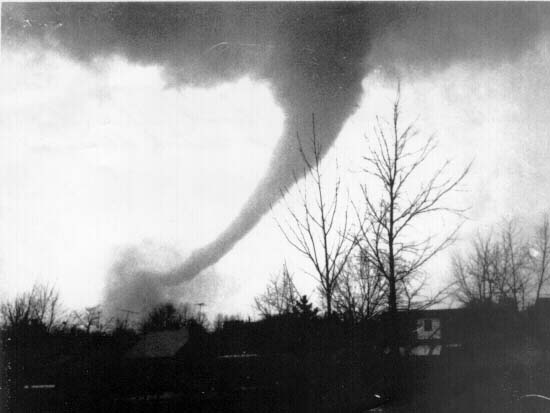 A common fable of the AGW belief system is that global warming “increases the total energy in the climate system and causes more storms.”

There are a number of things wrong with this statement, but I will just deal one of them right now. Storms are driven by differences in energy, not absolute energy.

Tornado outbreaks occur when a cold air mass collides with a warm humid one. April 3, 1974 (the peak year of the ice age scare) had the largest tornado outbreak in history.

A powerful spring-time low pressure system developed across the North American Interior Plains on April 1. While moving into the Mississippi and Ohio Valley areas, a surge of very moist air intensified the storm further while there were sharp temperature contrasts between both sides of the system.

Similarly, there was a large tornado outbreak in 2008, during a very cold La Niña spring.

The theory claims that global warming will amplify temperatures at the poles. This reduces the temperature differences between equator and poles, and should decrease severe weather, not increase it.

2 Responses to Weather is Driven By Differences In Energy