Venus Is Hot – Mars Is Not

Posted on September 15, 2010 by stevengoddard 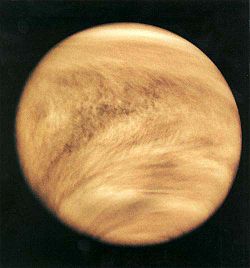 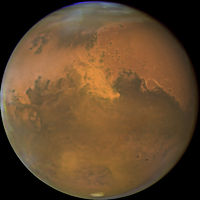 According to the “runaway CO2 greenhouse” theory, both planets should be really hot. Mars is twice as far away from the Sun, so its top of atmosphere receives only 25% of the solar radiation as Venus. But clouds on Venus reflect 75% of the sunlight – so the SW radiation flux at the surface is similar on the two planets.

So why is Venus hot and Mars cold? Simple – it is the atmospheric pressure.

The pressure on Venus is nearly one thousand times higher than on Mars. As the atmosphere convects, descending gases warm and ascending gases cool. The amount of warming is determined primarily by the increase in pressure.

Ever used a bicycle pump? Why does it get hot?

Answer : Because you are doing work to the gas when you compress it. Similarly, solar radiation transfers energy to the atmosphere, causing convection and heating of sinking air. If there was no Sun, the atmosphere would be very cold and would in fact freeze.

The runaway greenhouse theory makes little sense. If it were true, the Earth would experience it from water vapour, not CO2. H2O is a much stronger greenhouse gas than CO2, is much more abundant than CO2 and gets released from the oceans very easily and often – particularly as the planet heats up.

16 Responses to Venus Is Hot – Mars Is Not