Posted on September 16, 2010 by stevengoddard

Yesterday I discussed sins of omission – where people create a false impression by telling only half of the story. Today’s topic is just as egregious. When you hear “it is worse than we expected” that normally means “it isn’t anywhere near as bad as we expected.”

Dr. John Christy did an excellent post on WUWT where he showed that temperatures have risen much more slowly than forecast by Dr. Hansen. 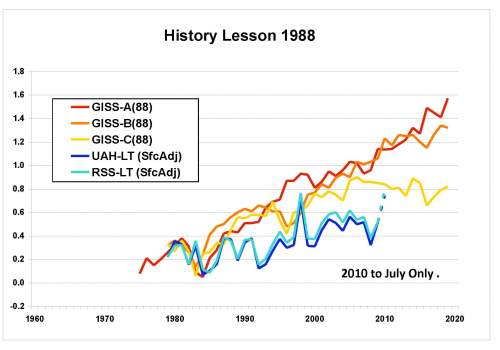 In fact, temperatures haven’t risen at all for over a decade. So why do official sources keep saying that “global warming is worse than we thought?”

Carrying the nonsense further the story line gets extended to “IPCC estimates have proven too low. We now expect 3-6ºC warming this century.”

The graph below shows actual satellite temperatures vs. 3ºC and 6ºC per century trends 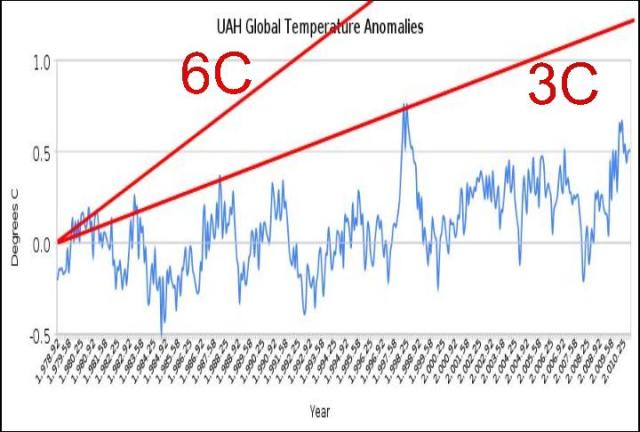 As you can see, we are nowhere near either of those trends and peak temperatures occurred over a decade ago. There are no tipping points and no climate crises evident. People may believe that they will occur in the future, but there is no evidence to support a claim “it is worse than we thought.”

The big lie is classic Soviet Era style propaganda. It is not science.

1 Response to The Big Lie Part 2