Posted on September 25, 2010 by stevengoddard

Most people probably assume that measuring the US temperature is as simple as this. And perhaps it should be. 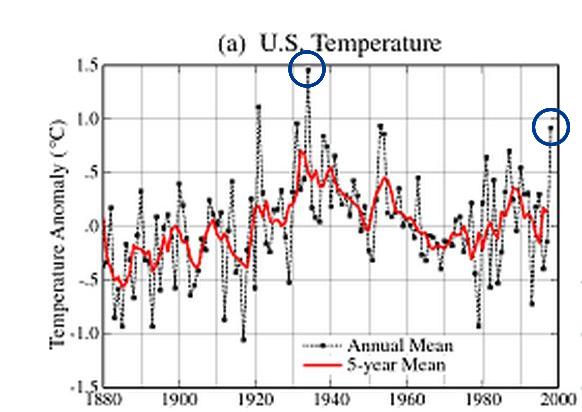 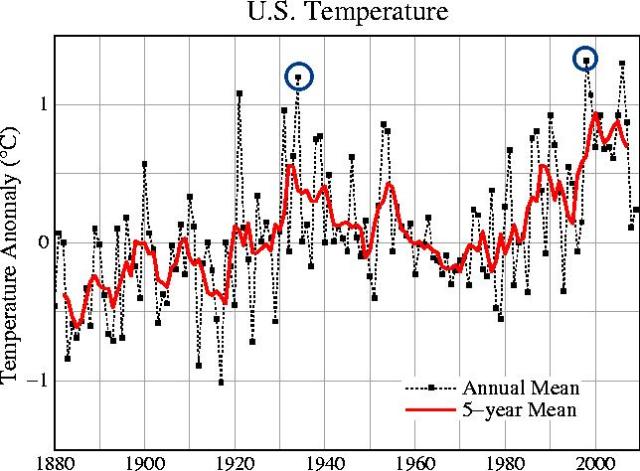 The blink comparator below shows the changes very clearly. Recent years got a lot warmer, while the 1930s got a lot cooler.

You can see the trick behind the magic in the USHCN graph below. Most temperatures readings made prior to 1950 have been lowered ex post facto, and most years after 1950 have been raised successively higher.

In fact, all temperature readings taken after 1990 have more than 0.5 degrees F added on to what was actually measured by the thermometers!

Now, here comes the kicker. I overlaid the USHCN adjustments (thin blue line) on the current GISS US temperature graph below, lining up with the 1930s peak. The scale adjusted for Fahrenheit vs Centigrade of course.

As you can see, essentially all of the “warming” which is shown in the graph since the 1930s, is due to adjustments made to the thermometer readings. 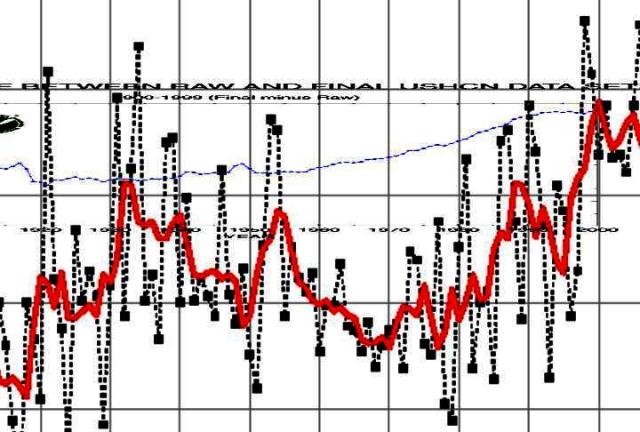 For an explanation of the adjustment rationale, read this document from the Carbon Dioxide Information Analysis Center.

Have you ever heard the term “confirmation bias?”