Posted on October 5, 2010 by stevengoddard

“What is clear, though, is that the warmest 12-month period in the GISS analysis was reached in mid-2010,” El Hañsen said.

Besides the fact that this isn’t the hottest year according to satellites or Had-Crut, he also carefully cherry-picked a strong El Niño for his 12-month period (red rectangle.)

That is two strikes so far, and here is strike three. In 2008, temperatures did the opposite during a La Niña. They got very cold (blue rectangle.) 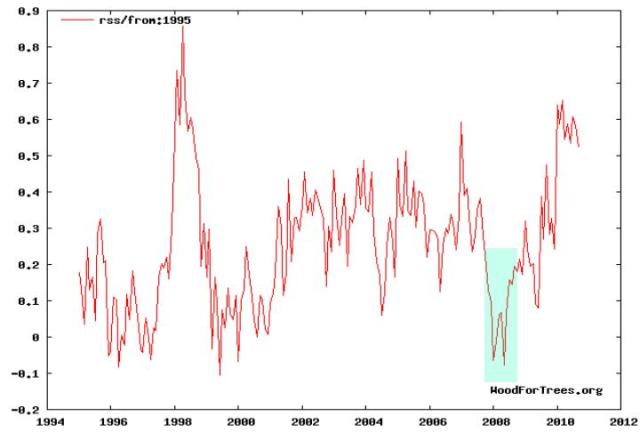 How did El Hañsen react to this equal and opposite event?

Undoubtedly, the cooling trend through the year was due to the strengthening La Nina, and the unusual coolness in January was aided by a winter weather fluctuation. The reason to show these is to expose the recent nonsense that has appeared in the blogosphere, to the effect that recent cooling has wiped out global warming of the past century, and the Earth may be headed into an ice age. On the contrary, these  misleaders have foolishly (or devilishly) fixated on a natural fluctuation that will soon disappear.

So here is how the game works. You cherry-pick a twelve month El Niño period, adjust the temperatures up, call it the hottest year ever, call any differing opinions  corrupt, and then wave off a complimentary cold period as just weather.

60 Responses to El Hañsen – El Niño Is Climate, But La Niña Is Weather