Shocking News : “This summer alone we lost about 50 percent of the sea ice on the Arctic Ocean.” 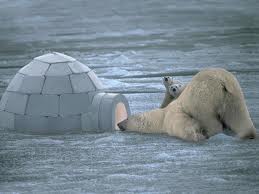 “I’ve traveled way over a thousand days of my life on the moving ice. I’ve lived on the ice, on the bear country,” said Arctic explorer, Will Steger. He has witnessed the changes firsthand. “And we’re seeing an incredible change in the sea ice, especially in the summertime,” said Steger. “This summer alone we lost about 50 percent of the sea ice on the Arctic Ocean.”

I was devastated to read this. And even more shocked to learn that sea ice has increased by 50% in just the last month! 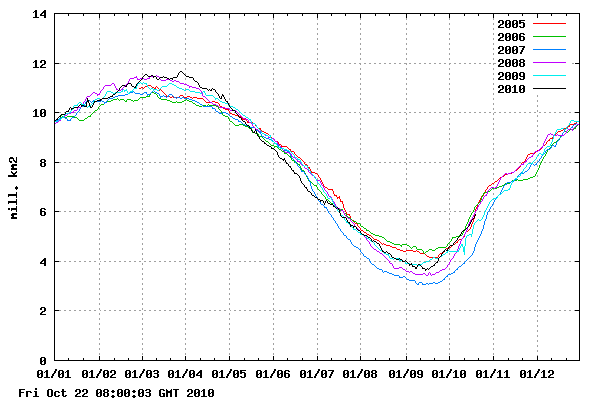 If the seasons keep oscillating like this, we will keep having to adjust to these dramatic climatic changes several times a year.

In my neighborhood, most of the leaves have fallen off the trees due to hemispherical climate disruption. Temperatures have fallen – just since the beginning of September – at rate of over 500 degrees / decade!

Only higher taxes can stop the onslaught of Winter.

10 Responses to Shocking News : “This summer alone we lost about 50 percent of the sea ice on the Arctic Ocean.”