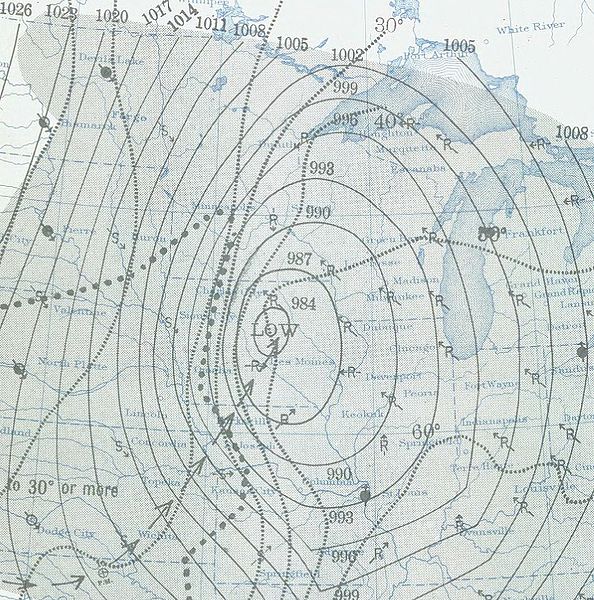 The Armistice Day Blizzard (or the Armistice Day Storm) took place in the Midwest region of the United States on 11 November (Armistice Day) and 12 November 1940. The intense early-season “Panhandle hook” winter storm cut a 1,000-mile-wide (1600 km) path through the middle of the country from Kansas to Michigan.

Snowfalls of up to 27 inches (69 cm), winds of 50 to 80 mph (80–130 km/h), 20-foot (6.1 m) snow drifts, and 50-degree Fahrenheit (30 °C) temperature drops were common over parts of the states of Nebraska, South Dakota, Iowa, Minnesota, Wisconsin, and Michigan. In Minnesota, 27 inches (69 cm) of snow fell at Collegeville, and the Twin Cities recorded 16 inches (41 cm). Record low pressures were recorded in La Crosse, Wisconsin and Duluth, Minnesota.[3] Transportation and communications were crippled, which exacerbated finding the dead and injured. The Armistice Day Blizzard ranks #2 in Minnesota’s list of top-5 weather events of the 20th century.[4]

* No one got hysterical and tried to blame it on global warming.