Posted on November 2, 2010 by stevengoddard 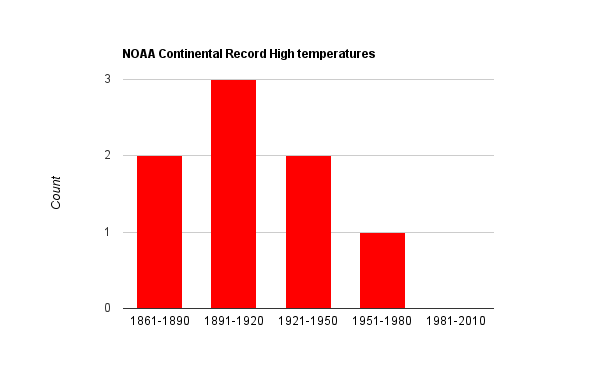 (For the intellectually challenged, a record continental temperature mans that no location on any day of any year has ever been hotter. That includes hundreds of thousands or millions of records.)

Record low temperatures have been more evenly distributed. Every 30 year period since 1891 has had two.

Total record continental temperatures (highs + lows) again show that 1891-1920 was the most extreme. It has been 16  years since any continent set a record temperature in either direction. 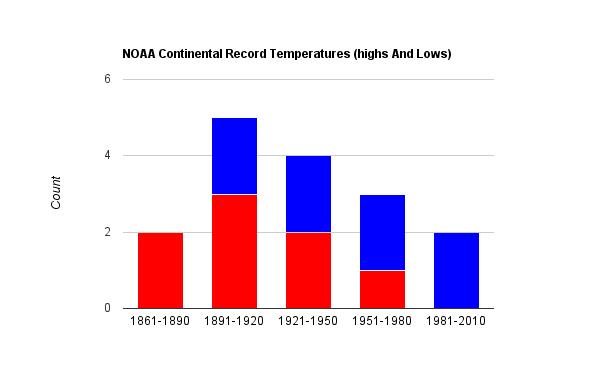 All but one of these “extreme” record temperatures were set when CO2 was below Hansen’s safe level of 350 ppm.

So next time some whiner starts complaining about extreme weather due to CO2, tell him to …. well you know.