“humans will not be able to survive”

Posted on November 14, 2010 by stevengoddard

THERE may come a point, if the world warms enough, when parts of the tropics will become so hot and humid that humans will not be able to survive. Models predict that this could start to happen in places in as little as 100 years in the worst case scenario.

“Using broken climate models, we can generate a worst case scenario which might possibly produce (in a time frame where models have 0% accuracy) conditions we initially set out to prove, so that we could get our 15 minutes of fame.”

UAH shows tropical temperatures increasing at rate of less than one degree per century. And most of that was due to volcanic eruptions in the 1980s and 1990s. 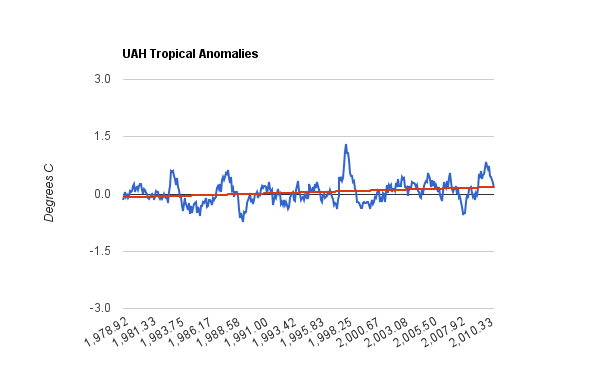 21 Responses to “humans will not be able to survive”