Posted on November 18, 2010 by stevengoddard

Now that we know that sea level altimetry data is being used as the basis of information being presented to the US Congress, lets have a closer look at how it compares to tide gauge data.

It is difficult to interpret this color scheme, so I took all of the areas greater than 3mm/year and painted them red below. 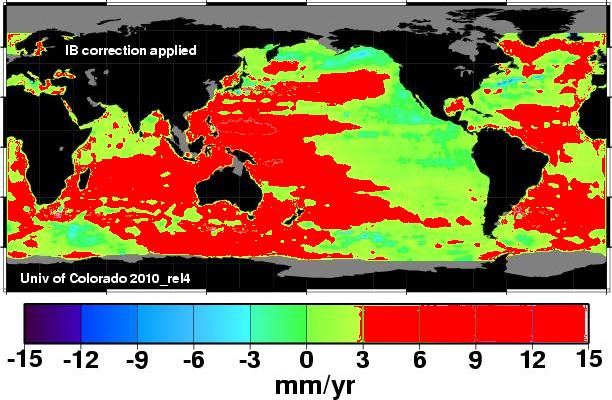 Next I overlaid the NOAA tide map on top.

People could attempt to argue that the altimetry data is only since 1994, and that sea level rise has been greater during that period. That argument doesn’t work, because the tide gauges have shown no change. 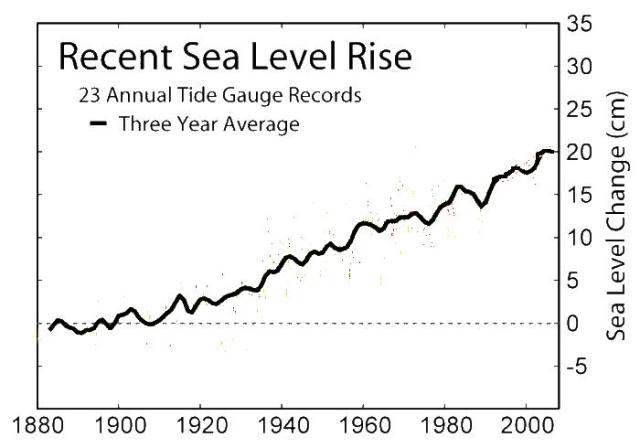 Conclusion : the altimetry based claims of 3+ mm/year sea level rise are much too large.

2 Responses to A Closer Look At Sea Level Altimetry Data