Hansen And Jones Need To Sharpen Up Their Maths

Posted on November 26, 2010 by stevengoddard

I think it’s too close to call. Based on these numbers it’ll be second, but it depends on how warm November and December are,” said Dr Phil Jones, director of the Climatic Research Unit (CRU), at the University of East Anglia, which says 1998 was the record year so far. 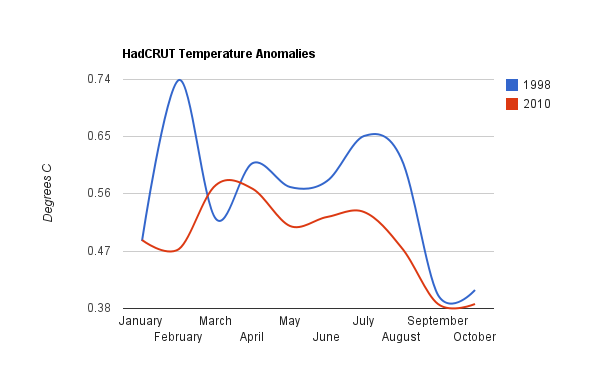 The graph above shows how HadCRUT 2010 compares to 1998 through the end of October.

The 1998 average through October is 0.56, and the 2010 average is 0.49. In order to beat 1998, November and December would have to average more than 0.38 above the same months in 1998. The graph below shows what would have to happen the remainder of the year to make Hansen an honest man. 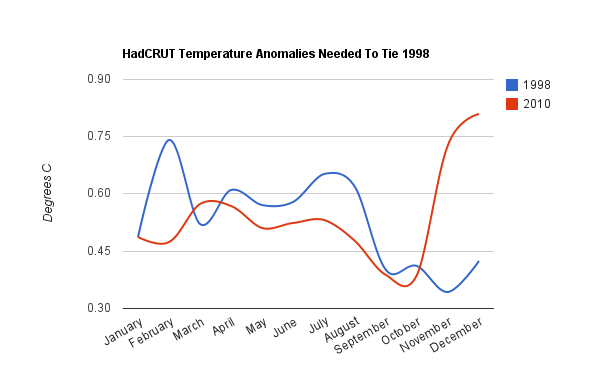 “I would not be surprised if most or all groups found that 2010 was tied for the warmest year,” said Nasa’s Dr James Hansen.

Are Hansen and Jones both unaware that we are having a near record La Niña event, and that temperatures are plummeting? 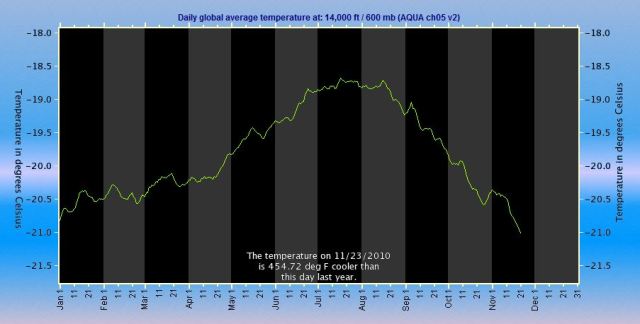 These guys are supposed to be the world’s best climatologists, yet they seem to be out of touch with the fundamentals of both climate science and mathematics.

Just having fun
View all posts by stevengoddard →
This entry was posted in Hansen. Bookmark the permalink.