Posted on November 27, 2010 by stevengoddard 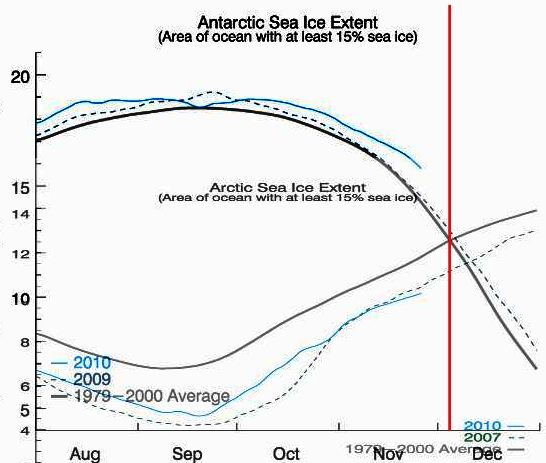 Normally, Arctic sea ice extent surpasses Antarctic extent in early December, but it isn’t going to happen this year. Antarctic ice is 1.7 million km² above normal, and Arctic ice is below normal by the same amount. Based on current trajectories, it appears that the crossover will occur in late December.

However, this graph doesn’t give the full story. Colder weather is settling in over the Hudson Bay and Chukchi Sea, so we should see the Arctic line turn sharply upwards during the next two weeks. Look for a positive anomaly of global sea ice in the near future.

That is what climatologists call a “meltdown.”