Posted on November 28, 2010 by stevengoddard

They started with this bold campaign two weeks ago. 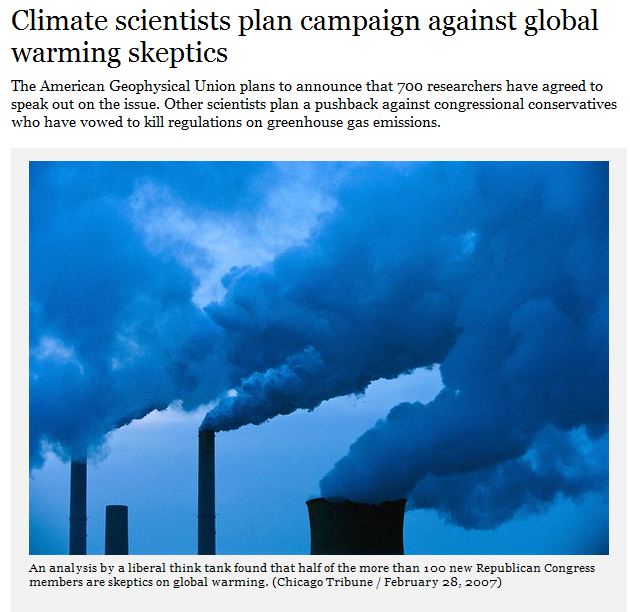 That quickly got demoted.

FOR THE RECORD:
Climate scientists: An article in the Nov. 8 Section A about a campaign by scientists to push back against congressional conservatives who have attacked the concept of global warming reported that the American Geophysical Union is mobilizing 700 scientists to provide information on climate change. The union is a nonpartisan scientific organization and is not a participant in the campaign —

Now the 700 scientists are down to John Cook