Posted on November 29, 2010 by stevengoddard 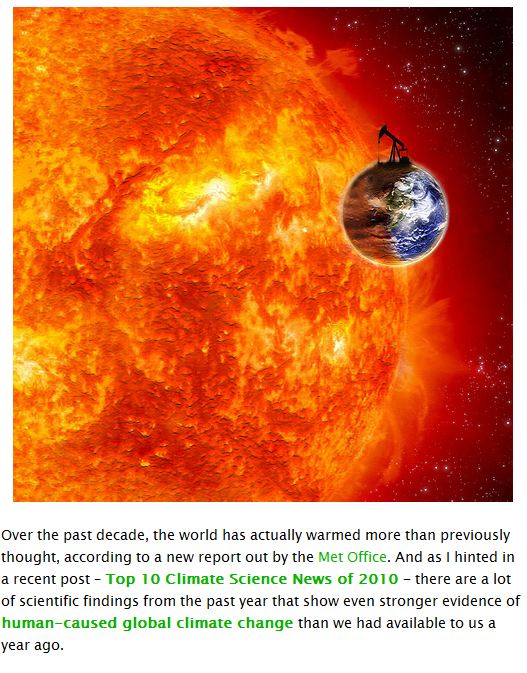 The other object in the picture has nothing to do with planetary temperature.

The Met Office makes an amazing discovery right before Cancun. What a stroke of good fortune for the occupants of this planet.

The Met Office report includes a new study which shows that sea surface temperatures were higher than initially thought because of a change in the way the temperatures were measured after 2000. The new analysis significantly increases the warming scientists think was seen globally over the past decade.

The work is significant because the rate of global warming from 2000-2009 is lower than the 0.16C per decade trend seen since the late 1970s, a fact climate scientists have been keen to explain. Including the new sea surface temperatures, which push up global temperatures by 0.03C, the warming rate for the past 10 years is estimated at 0.08-0.16C. The new analysis of sea surface temperatures adjusts underestimates which arose from the change from predominantly ship-based temperature measurements before 2000 to mostly buoy-based measurements afterwards.