Romm is featuring this graph from “Evangelical Christian” John Cook. 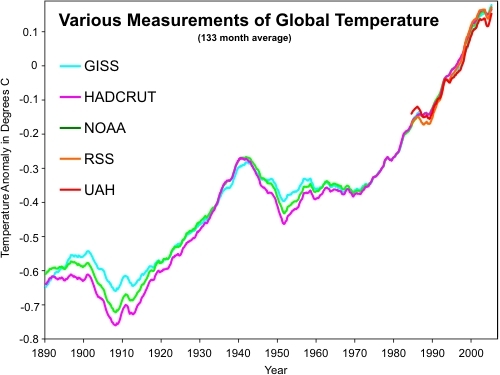 This is solid evidence that the warming is not due to CO2, which only rose 10 ppm from 1910 to 1940. If you use the latest climate science 30 year lag rule, their problem gets even worse – because the 1910-1940 rise was due to the tiny rise in CO2 from before the automobile was invented.

Now, let’s put the graph at the same scale as Hansen’s predictions.

“scenario C assumes a rapid curtailment of trace gas emissions such that the net climate forcing ceases to increase after the year 2000.”

Cook’s graph obliterates their case, yet they introduce it as evidence.

20 Responses to Romm/Cook Prosecute Themselves