Posted on February 4, 2011 by stevengoddard

Arctic temperatures are currently at -30C, much warmer than the normal -30C. 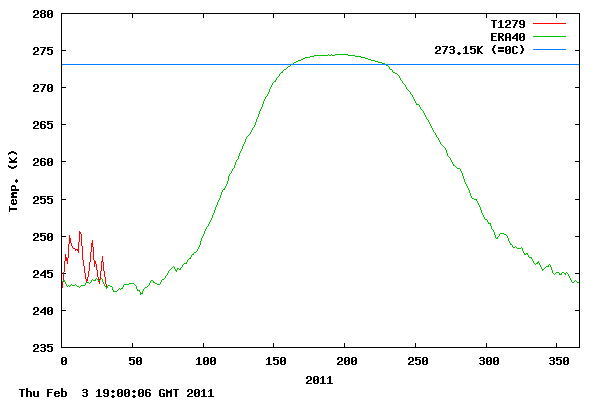 23 Responses to USA Today : Hot In The Arctic – Ice Melting