Posted on February 15, 2011 by stevengoddard

Walruses give birth and raise their young on Arctic pack ice. As the ice drifts, it carries the walruses to fresh feeding grounds. It also helps isolate the young walruses from dangerous predators such as polar bears. Although walruses can raise young on solid ground, access to food and protection from predation is sharply reduced in such circumstances and will result in lower survival for both young and adults.

Walruses live in the Bering and Chukchi Seas located between the west coast of Alaska and the east coast of Russia’s Chukotka region. The big animals congregate in just three listed breeding areas in the Bering Sea, all offshore in areas historically covered by pack ice in the winter months. Despite the cold temperatures experienced in much of the U.S. during of January 2011, the U.S. National Snow and Ice Data Center reports that the month saw the lowest amount of arctic sea ice cover since measurements began in 1979.

When mentioning the lack of  “arctic sea ice cover“, the author apparently means Quebec. The seas around Alaska have normal ice pack. 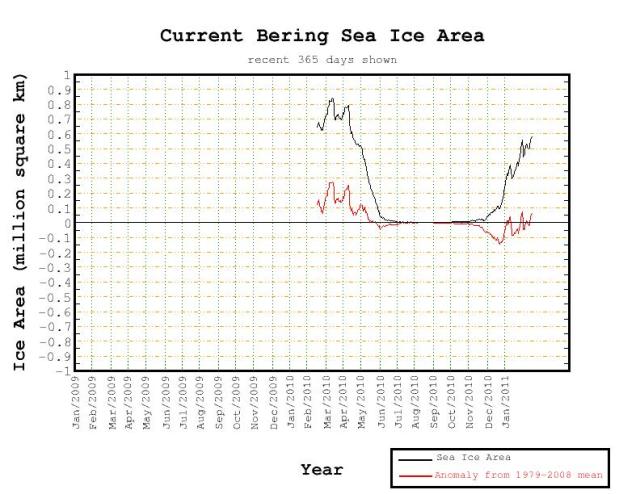 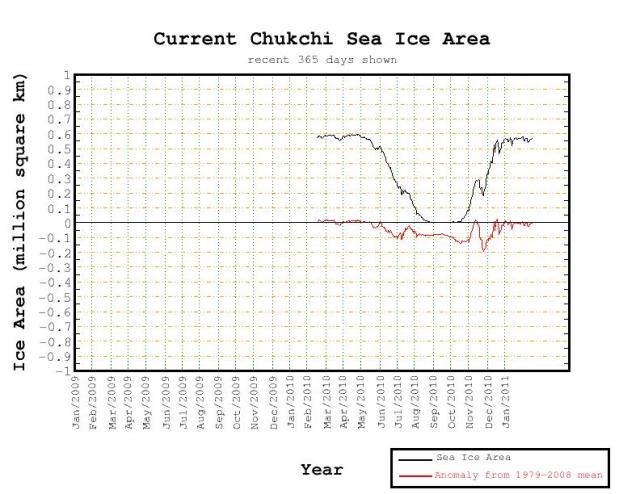