Posted on February 22, 2011 by stevengoddard

“A change in our climate is taking place very surely. Both heat and cold are becoming moderate within the memory of even the middle-aged, and snows are less frequent and less deep.” 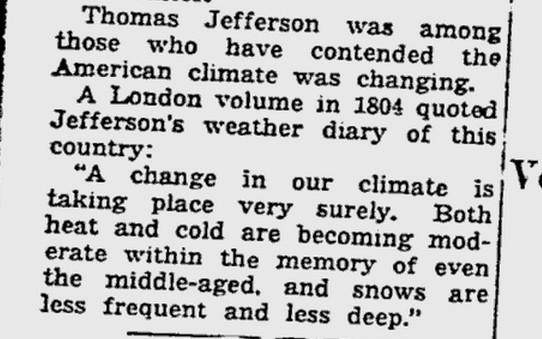