Posted on March 6, 2011 by stevengoddard

Masters said as the Earth gets warmer and more moisture gets absorbed into the atmosphere, it increases the chances of more extreme storms in all seasons which would be capable of causing greater impacts on society.

Masters pointed out that in each of the past two winters the northeastern United States has been hammered by three snowstorms that qualified as Category 3 storms or worse on the Northeast Snowfall Impact Scale.

“If the climate continues to warm,” he added, “we should expect an increase in heavy snow events for a few decades, until the climate grows so warm that we pass the point where it’s too warm for it to snow heavily.”

This is a fascinating theory, except that the region he is talking about had far below normal temperatures during the meteorological winter. Shouldn’t Jeff Masters have checked this out before going to the press? 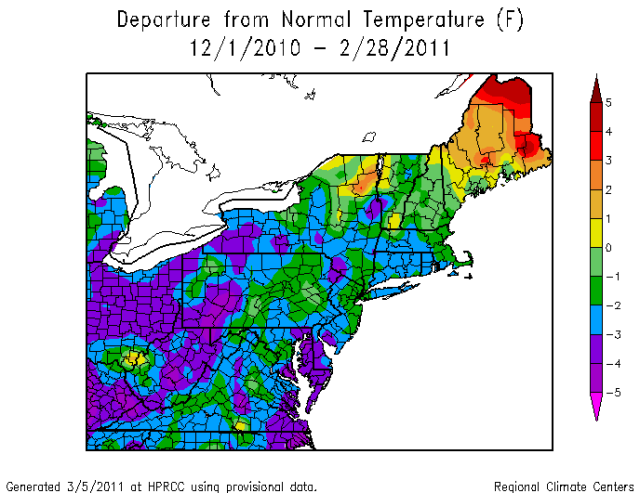 The southeast US also had far below normal temperatures. 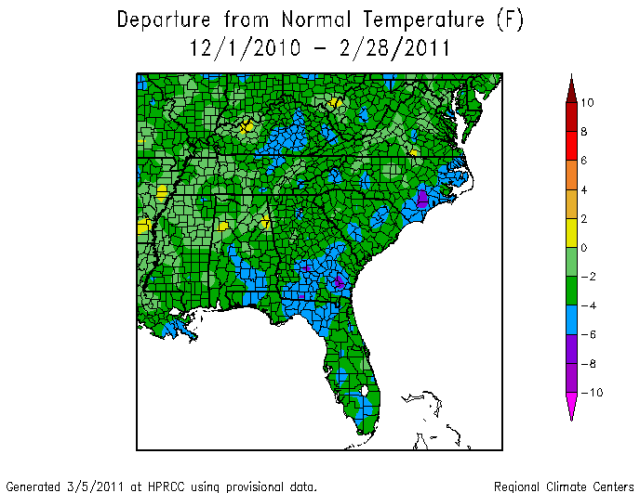 Winter temperatures in the US are plummeting over the last decade.

Snow is associated with cold winters, not warm ones. The snowiest winter in the Northern Hemisphere was 1978, which was also the coldest winter on record in the Eastern US. 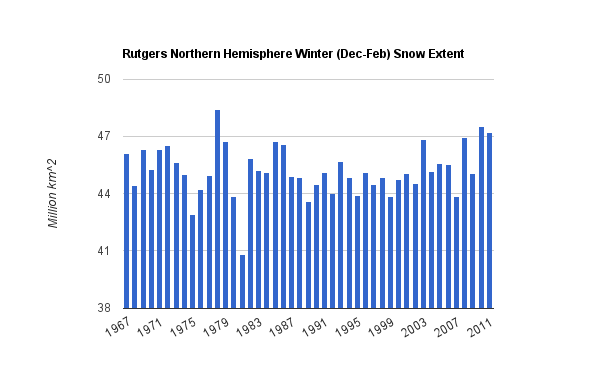 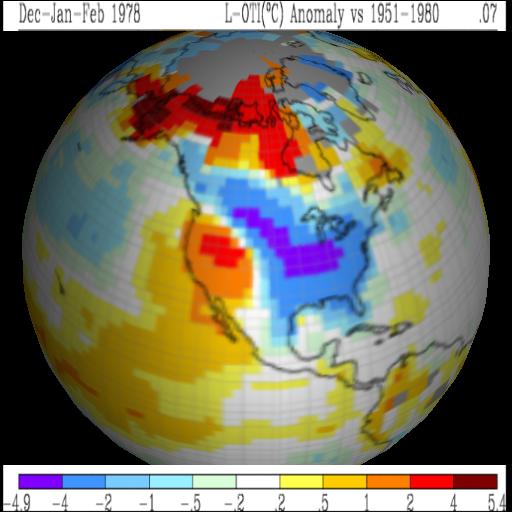 December 2010 was the second coldest on record in England, where records extend to 1659. Only 1890 was colder.

From a theoretical point of view, Master’s claim is also absurd. It takes very little water vapor to saturate air below 0C. There is never a lot of moisture in the air during a snowstorm, because cold air can’t hold a lot of water vapor. 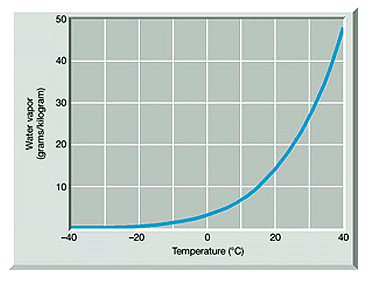 Snow is associated with cold, not warmth. Only a global warming funded researcher could be ridiculous enough to convince themselves otherwise.