The map below shows the GISS February, 2011 extrapolation projected on to a sphere. The extrapolation patterns are bizarre, with negative anomalies abutting +5 anomalies. Their map represents impossible physical conditions. 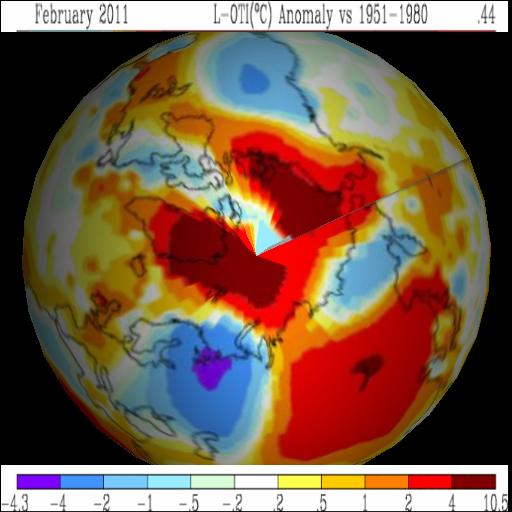 Most of their Arctic data is fabricated, because they don’t actually  have any coverage in most of the Arctic – as seen below in their 25o km map. Grey areas represent no data. 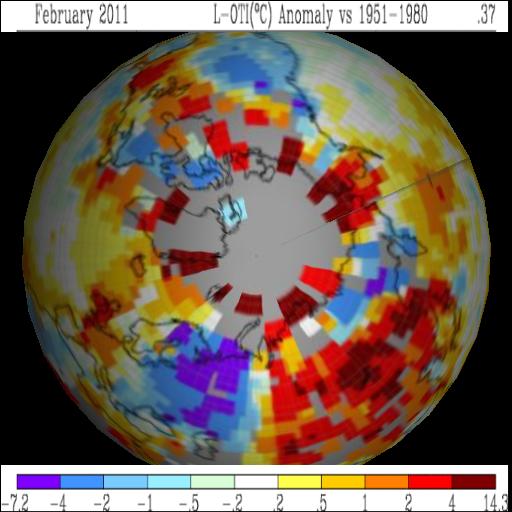 Original projections are shown below.

21 Responses to Whacked Out GISS 1200km Extrapolation – Accurate to 0.01 Degrees