Hansen thinks most of Greenland was hot in March. 2-10C above normal. 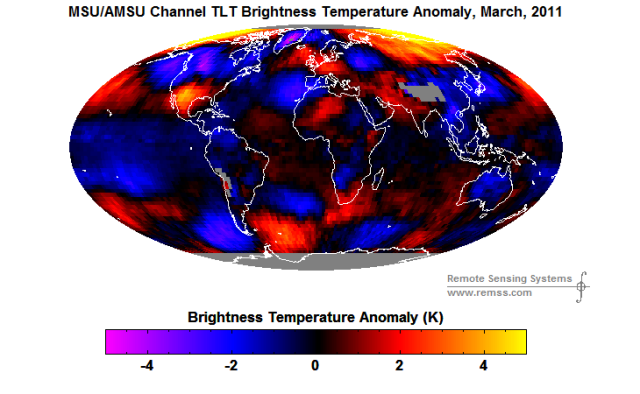 Where did Hansen get his numbers from? His computer model made them up. He has very few thermometer readings in Greenland, and none in the interior where temperatures were 4C below normal.

GISS has become the Soviet Pravda of government science.

7 Responses to GISS Completely Loses The Plot In March