1947 : Time Magazine Reports On Global Warming And The MWP 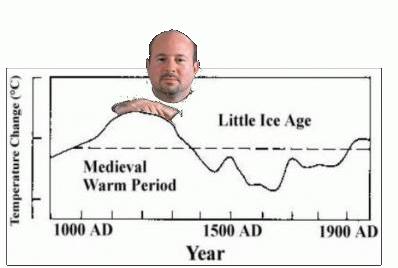 Greenland is getting greener and Iceland’s ice is shrinking. The Arctic is losing its chill. According to Dr. Hans Ahlmann, professor of geography at Stockholm University, all the cold lands around the northernmost Atlantic are entering a balmier climatological era.

Dr. Ahlmann has been collecting evidence from a variety of sources: temperature records, glaciers, trees, fish. In the Scandinavian countries, he says, the winters have been getting milder since the 19th Century.

In the heyday of the Vikings, before 1300 A.D., the populous republic of Iceland lived largely by agriculture; the Norse raised sheep in Greenland, where no sheep graze today. After 1300, the cold crept down and the Icelanders gave up farming. The Greenlanders were exterminated, perhaps by starvation, perhaps by glacier-fleeing Eskimos. Now that the tide has turned, Dr. Ahlmann, a good Norseman, hopes the warm cycle will last for at least a few centuries.

1 Response to 1947 : Time Magazine Reports On Global Warming And The MWP