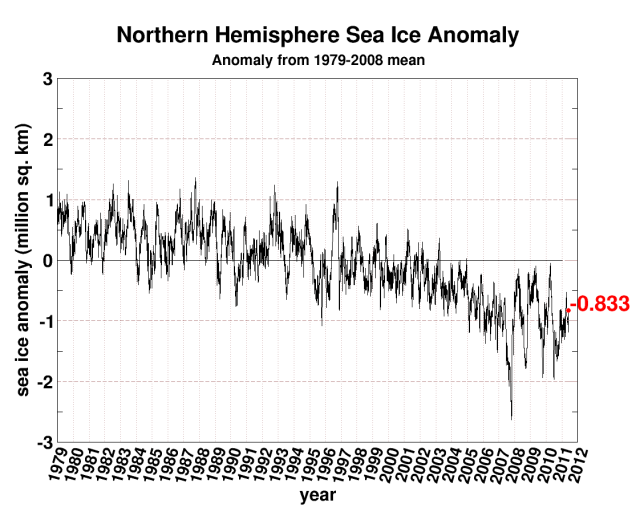 After Obama was elected, the sea ice made a sharp reversal – which embarrassed the experts. They failed to consider the Obama healing factor. It is now believed that after Obama’s 12th term as commissar, Canada will be completely covered with ice.

6 Responses to Obama Reversed The Decline In Sea Ice