OK, let’s play that game. 2010 was the hottest year ever. It saw record melt from Greenland and Antarctica. Ocean temperatures are rising unabated.

All of the variables affecting sea level in 2010 would necessarily have caused it to rise. Only it didn’t – sea level plummeted. 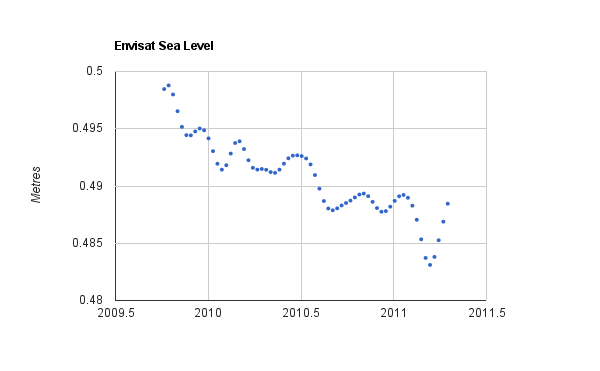 However, there is one more degree of freedom which explains this contradiction – the information we are being fed by scientists (who are funded to promote global warming) is simply incorrect.