Posted on August 6, 2011 by stevengoddard

Dark lines discovered on Mars by a search algorithm shows indications of flowing water on the surface.  The discovery announced by NASA officials could be a huge breakthrough in the search for whether or not liquid water ever existed on the surface of Mars.

Mars surface has erosional features which could only have been formed by water. Are they completely daft? Anyone with one semester of physical geology would immediately recognize the dendritic drainage patterns.

Here is one on Earth 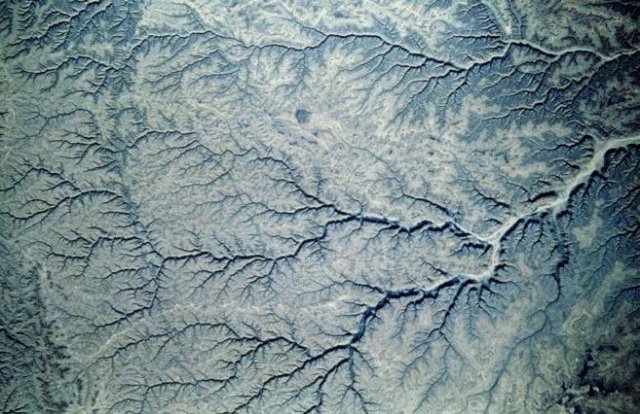 11 Responses to More Stupidity From NASA