David recites the usual denier crap on his blog. The ice age scare never happened, the CIA didn’t know what they were talking about, blah blah blah ….

But wait. There was that little thing about the directors of NCAR and CRU …..

Hubert Lamb CRU Director : “The last twenty years of this century will be progressively colder”

John Firor NCAR director : “it appears we are going into a period where temperatures will be low and variable” 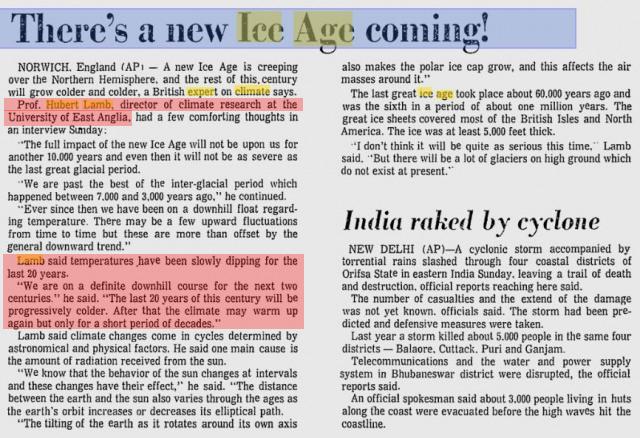 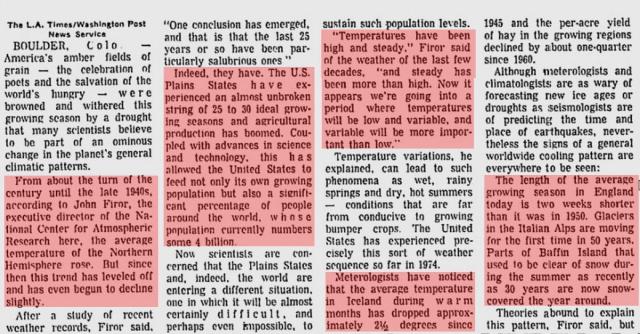 Before Hansen tampered with the data, this is what NCAR showed : 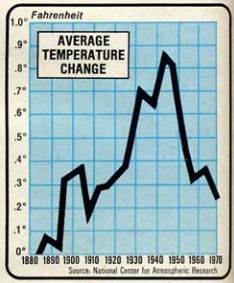 This is what the National Academy of Sciences showed :

The state of scientific knowledge in 2012 is far better than it was in the 1970s.

In the 1970s NASA sent men to the moon. Now we have morons at NASA predicting the imminent drowning of Manhattan, and super El Ninos every other year.