It is sad that people lost their homes (what do you expect if you build a house in the middle of a forest in a place that averages only 14 inches of rain a year) – but the fire is not very big compared to the low CO2 fire of 1898. 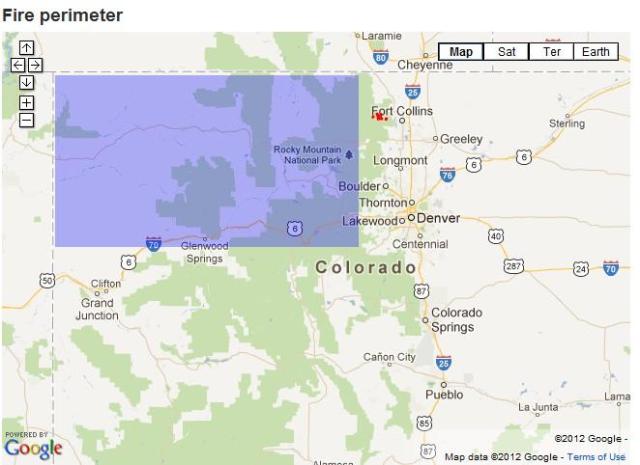 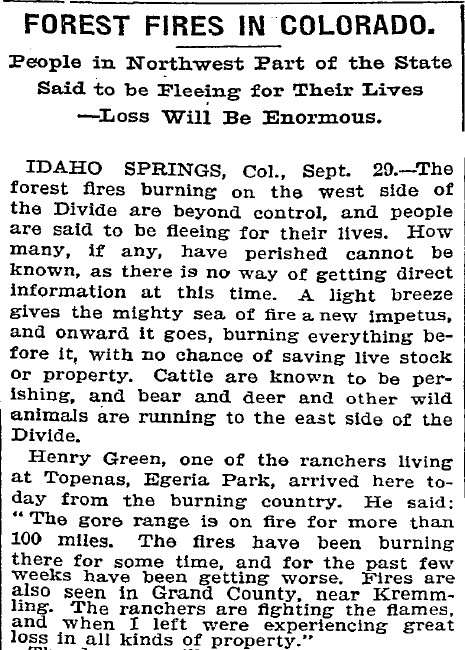 FOREST FIRES IN COLORADO. – People in Northwest Part of the State Said to be Fleeing for Their Lives — Loss Will Be Enormous. – View Article – NYTimes.com

5 Responses to The Fort Collins 2012 Mega-Fire