NOAA said that the US is not warming.

February 04, 1989 Last week, scientists from the United States Commerce Department’s National Oceanic and Atmospheric Administration said that a study of temperature readings for the contiguous 48 states over the last century showed there had been no significant change in average temperature over that period.

Phil Jones at CRU said that the US is not warming

Dr. (Phil) Jones said in a telephone interview today that his own results for the 48 states agreed with those findings.

James Hansen at GISS said that the US is not warming

Since Hansen made his comments in 1999, the US has cooled. 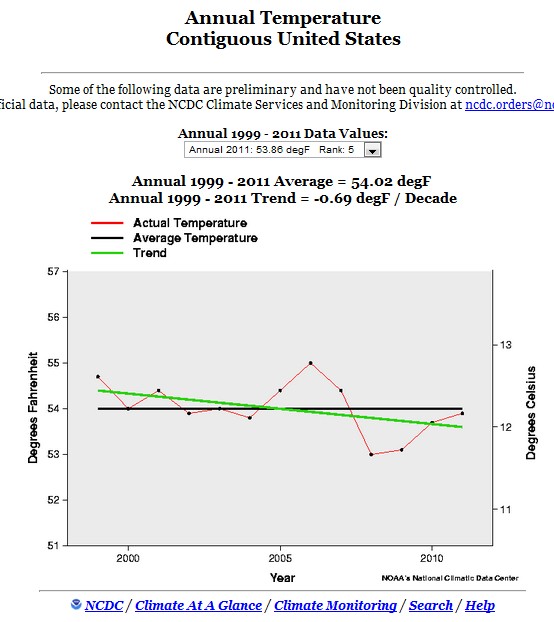 Why would any alarmist argue with NOAA, Phil Jones and James Hansen?