In Hansen’s 1999 paper, he claims that he lowers Phoenix temperatures by nearly 3C due to UHI adjustments. 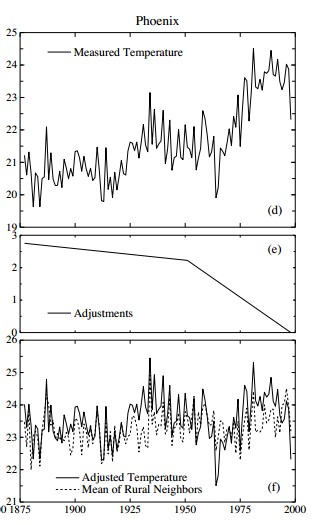 Sounds great – the only problem is that he doesn’t actually do what he says he does. Below is his current fully adjusted version of the Phoenix graph. It looks like he has actually been bumping temperatures up above what he was reporting as raw data in 1999.

It appears that he is ignoring the huge Urban Heat Island issue which he reported in 1999. 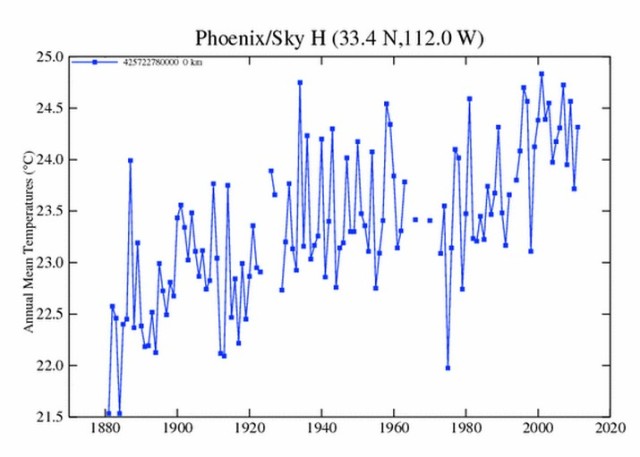 It is also curious how the raw data is higher now than it was 13 years ago. Perhaps Hansen went back in time and remeasured the temperatures.