Has The Freezing Point Of Water Changed?

I have found hundreds of news stories describing the melting of the Arctic between 1900 and 1940, as well as abundant evidence that Arctic ice expanded during the 1970s.

Unless the freezing point of water has changed, the earlier period must have been warmer. Yet when we look on Hansen’s graphs, it appears that the period from 1900 to 1940 was much colder than the 1970s.

Hansen shows 1912 as being one of the coldest years on record, but people who were living at the time saw a world which was completely different from Hansen’s fantasy graphs. 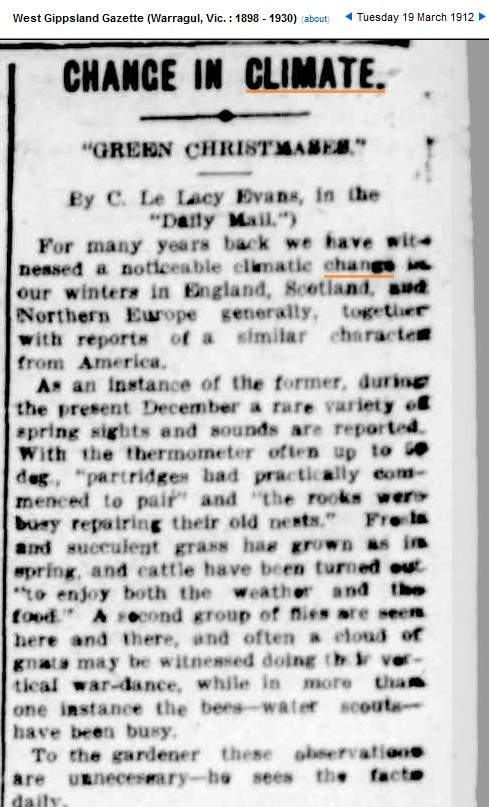 30 Responses to Has The Freezing Point Of Water Changed?