As heat records tumble and weather disasters increase, skepticism has displaced outright denial among those unwilling to accept the idea that humans are changing the air on a global scale.

I wonder if the author is talking about the record low number of tornadoes and hurricanes this summer, or if he is referring to the number of record minimums?

Stupid people have been burning witches or throwing people in volcanoes for thousands of years, based on superstition based observations of weather. 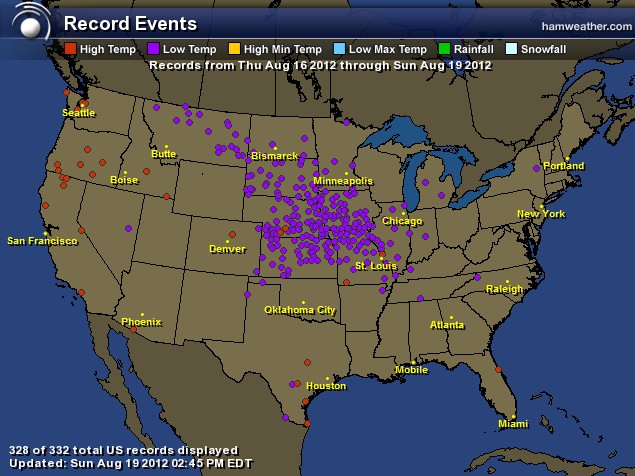