Posted on September 17, 2012 by stevengoddard

Antarctic ice area set another record high for the date, and is now the sixth highest daily value ever recorded. 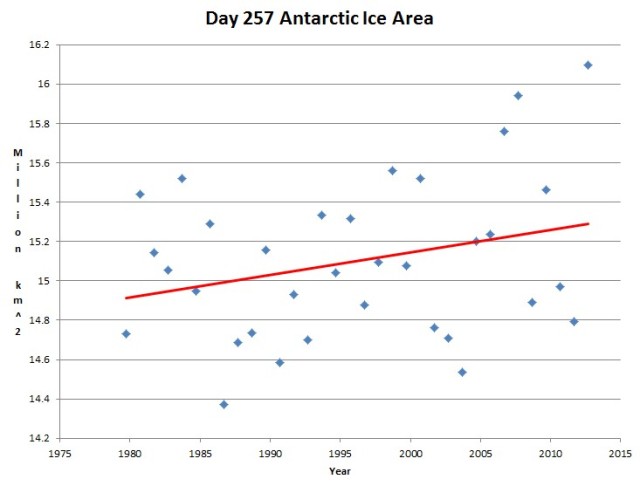 21 Responses to Another Antarctic Ice Record