Posted on September 30, 2012 by stevengoddard

This is precisely what I was bringing up in the heat of the summer when the AGW Drivellers were using the heat wave over the US, like they used the Russian summer of 2010, for their nonsensical ideas on the global temp

First came the August shot of cold.. which by itself was impressive but only 10 days long

September followed in with a 10-15 day cool period, meaning the month will turn out normal to below in the Ohio valley 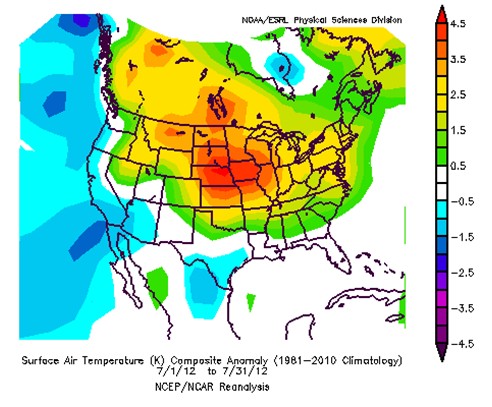 August still a warm month because of the start and finish, but the cold in the middle was the first shot 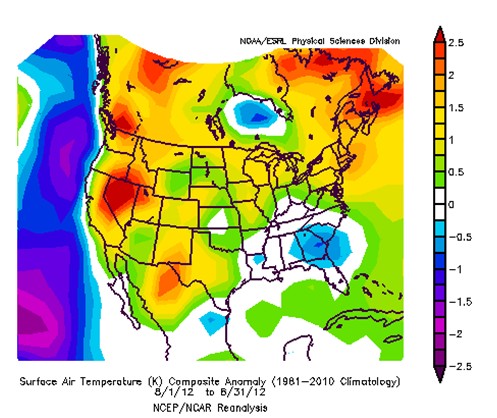 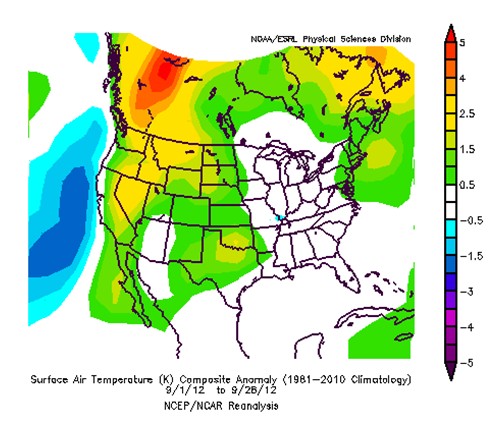 Now here is the latest forecast for the front 16 days of October because as we get into fall and toward winter, this means business 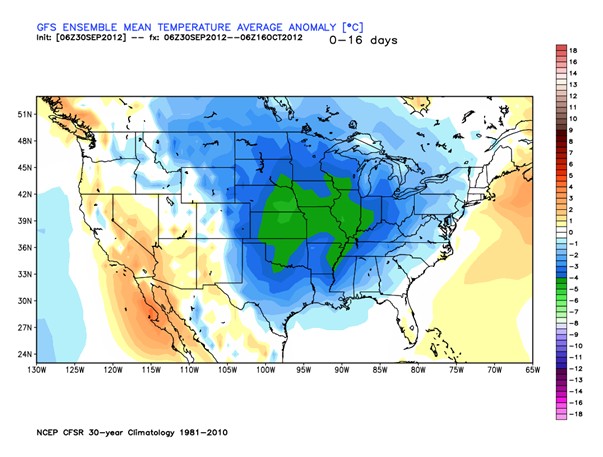 Now just where was that July heat that when the agw crowd was spouting their propaganda, I warned the cold would come hard and fast early ( hopefully you picked some of that up here, but of course my main mouthpiece on the upcoming weather is with my company, weatherbell.com) 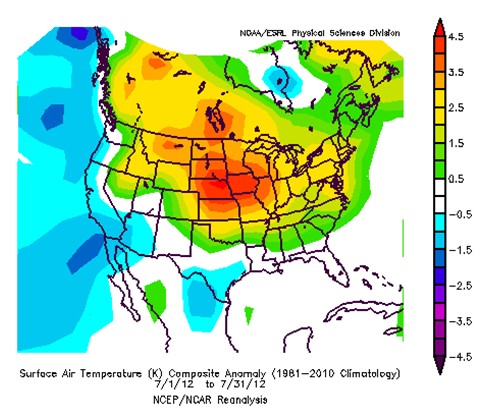 not brain surgery, just lining up the past with the present and its certainly not CO2

But there is more. In the analog years used, Octobers ARE SUPPOSED TO BE COLD! 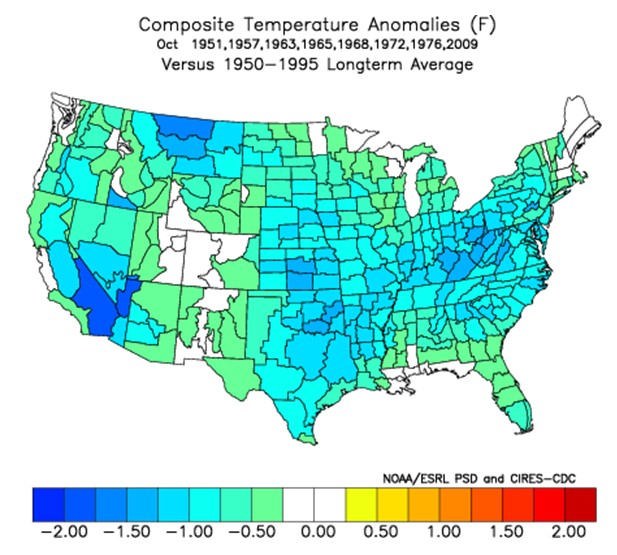 NOW LOOK AT THE WINTERS THAT FOLLOWED 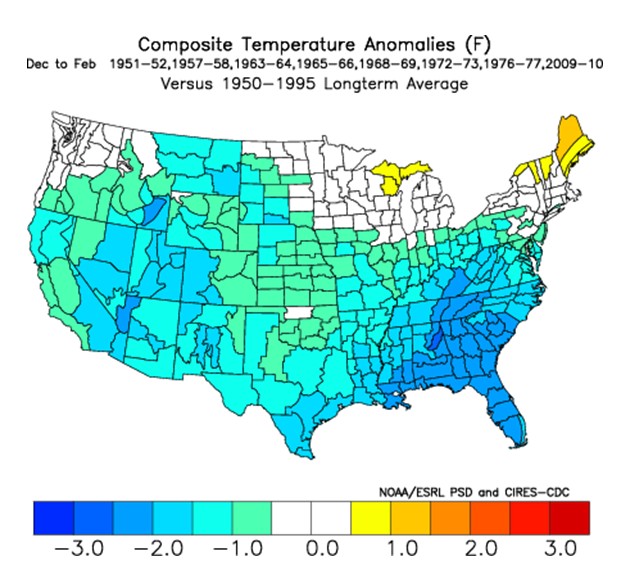 my point here is this. THESE PEOPLE WHO ARE HAVING THE WEATHER SHUT THEIR MOUTHS about the summer heat now, like it does so often ( hurricanes tornadoes, etc) are trying to say the lack of arctic ice would cause a cold winter. What a lot of nonsense. The warm amo which is contributing to the ice melt LEADS TO THE BLOCKING, that can cause it for one. But its not a lack of ice, it’s a natural large scale event that has us in similar pattern to the 1950s which had a severe late winter in 57-58 for instance. We have a warm AMO, but the set up to the season from the pacific side of events ( what you see here is the blend of cold PDO seasons with a warm central pacific ) says that the winter would be cold anyway. It predicted the cold early fall. Not a lack of arctic ice.

By the way, this theory on this early cold started over a year ago, when I opined how major October in 2012 cold could sway people on the global warming issue before the election. As we know, a hot summer than a cold fall are not signs of anything except a hot summer and a cold fall. But the confusion caused by deception and delusion as caused a major problem with the public, The chart that has value is this: 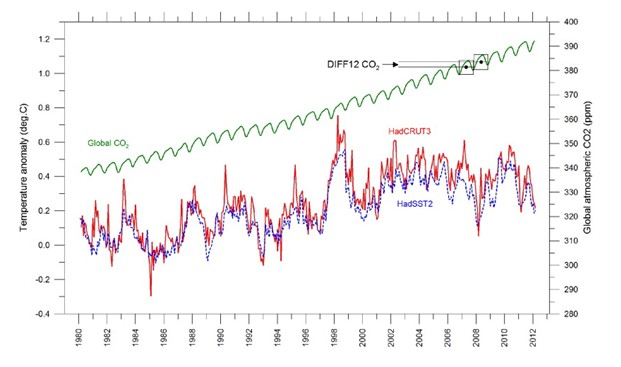 The actual global air and sst vs co2, which is the nail in the coffin of the agw idea.. ACTUAL DATA going against their forecast over the longer term!

And by the way, their precious little el nino spike ( which is an admission it is the ocean that controls the earths temps, specifically the tropical oceans) is going to get crushed, as we are back in a nina again next year after the weak central pacific based warm event of this year. The fact is cold pdo’s do not allow prolonged major enso warm events as the warm events in cold pdos are short lived reactions to the cooling. Again the solar cycles are important, but I am just dealing with the ocean cycles here. . So before they start mouthing off about co2, let me warn you another hot summer and a more productive hurricane year from the main tropical areas is on the table for next year. This is being said well before hand, just like this step down into cold was. The east coast is long overdue for major hurricanes that the AGW crowd wants to see and blame on AGW, when in reality its simply what should happen given the climate pattern. It has nothing to do with co2, everything to do with the natural swings of nature in line with climate cycle theory..just like a cold winter would