Posted on September 30, 2012 by stevengoddard

Antarctica has broken the record for the greatest sea ice extent ever measured at either pole. 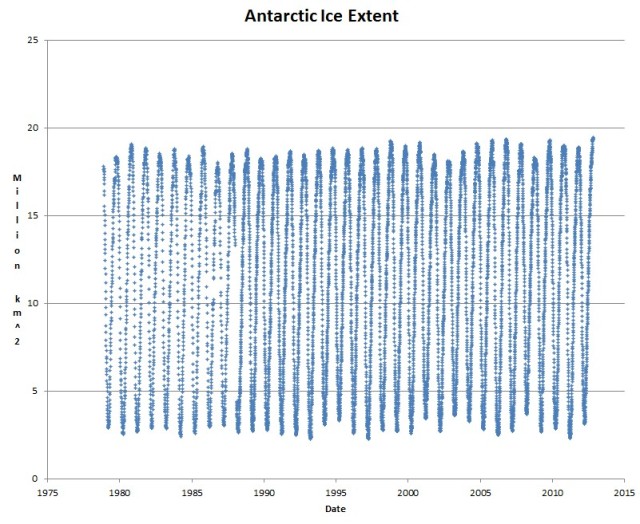 NSIDC seems disinterested in their own data, choosing instead to write stories about Penguins being threatened by declining Antarctic sea ice.

If current trends continue, the Earth will be completely covered with ice much faster than the climate models predicted.