In 1988, Hansen predicted drought “in the next decade and beyond”

The 1990s turned out to be the most drought-free decade in US history. 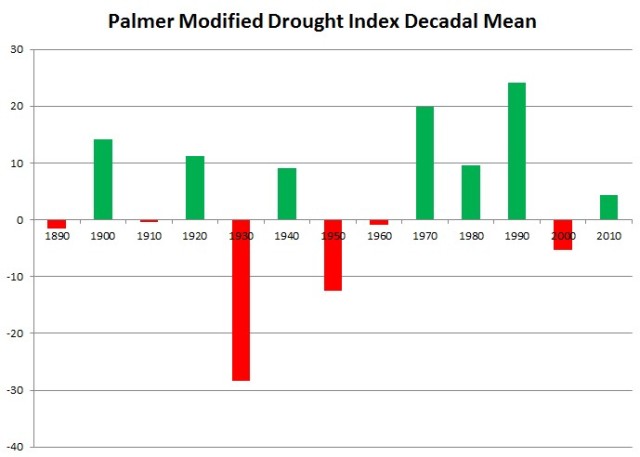 Ten years later he wrote this :

Now he is back making the same stupid predictions which he got wrong three decades ago.

9 Responses to Hansen – The Broken Record Of Spectacularly Failed Predictions