Did The Cold October Cause Hurricane Sandy?

Posted on November 2, 2012 by stevengoddard

Climate experts like Michael Bloomberg and Bill McKitten tell us that global warming caused hurricane Sandy, which is clearly indicated by the fact that October was a cold month in the eastern US. Thousands of record lows were set east of the Rockies. Record snow fell in much of the East during hurricane sandy. 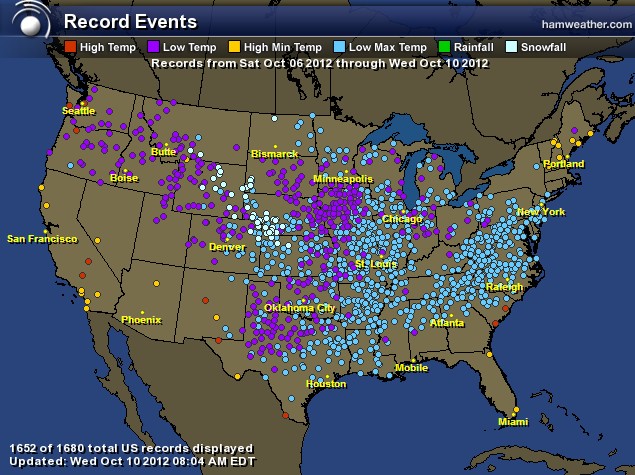 Before USHCN tampering, October temperatures in the US were 54th coldest since 1895. The top ten warmest Octobers all occurred before 1970. 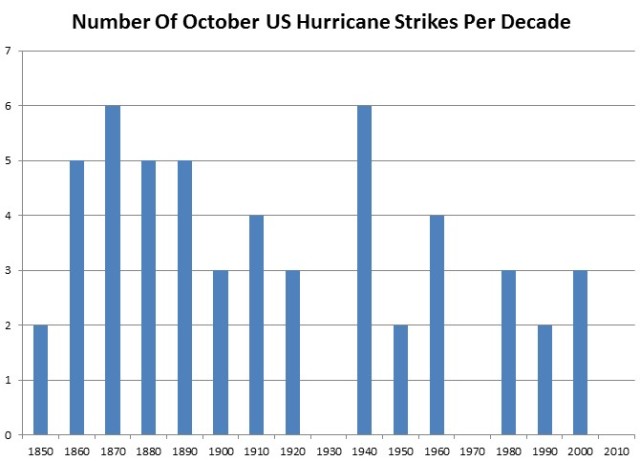 12 Responses to Did The Cold October Cause Hurricane Sandy?