CO2 Is Probable Cause Of Stupidity

Posted on November 10, 2012 by stevengoddard

Probable Cause Are scientists too cautious to help us stop climate change?

The world has suffered an extraordinary string of weather disasters over the past decade, ranging from crippling droughts and floods, to severe tornado and hail outbreaks, to highly destructive hurricanes. Insurance industry statistics reflect a substantial increase in damages from these events, but in only a few cases can scientists confidently attribute them to climate change. (For example, increased incidence of droughts, floods, and high category hurricanes may be partly pinned on climate change.)

But we know next to nothing about the relationship between climate change and other weather phenomena, such as tornadoes, and we have yet to establish a link to hybrid storms like Sandy. For all but a few of these phenomena, the scientifically correct conclusion is that we can’t rule out the possibility that they were purely manifestations of natural variability. But from a public policy perspective, it would be prudent to assume that climate change might be behind some of these changes, given that it is manifestly changing the environment in which these events develop.

There is no evidence that the weather has become more extreme over the last century. Hurricane strikes have declined in the US. 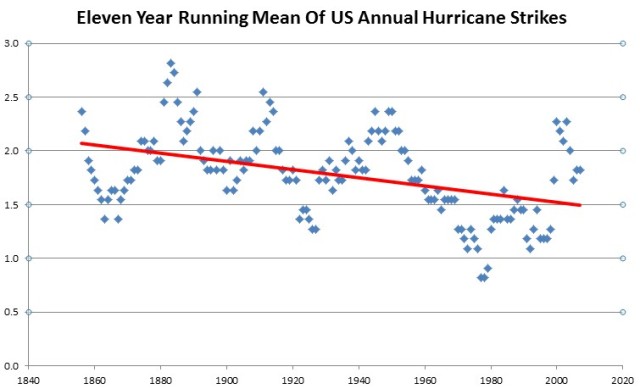 Severe tornadoes have declined in the US.

Droughts have declined in the US. 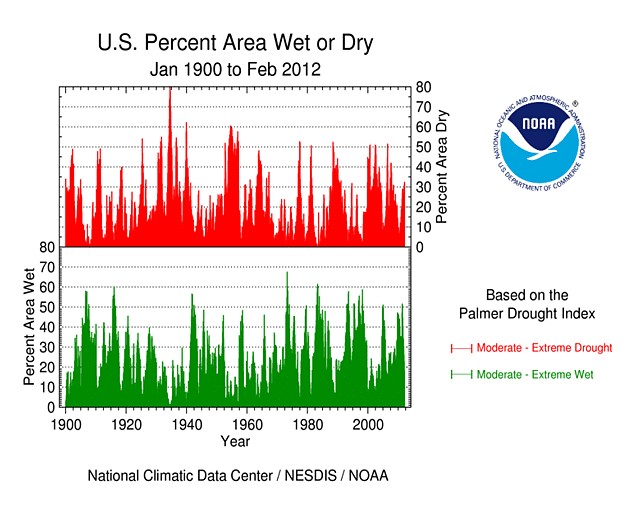 Emanuel’s entire thesis is based on flawed, lazy assumptions. He has no idea what he is talking about.

14 Responses to CO2 Is Probable Cause Of Stupidity