Sea Level To Rise More Than Four Feet In Seattle

Posted on November 11, 2012 by stevengoddard 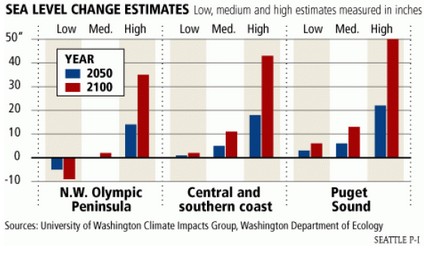 A study released Thursday by scientists with the University of Washington and state Department of Ecology could help answer that question.

In the worst case — which assumes high levels of greenhouse gas emissions and faster melting of ice sheets — Puget Sound is inundated with nearly 2 feet of water by midcentury, more than 4 feet by 2100.

Sea level in the region has been completely steady since 1975, Tamino’s period of modern global warming. Once again, scientists are trying to pretend that they know something scary, when in fact there is not one shred of evidence to support their claims. 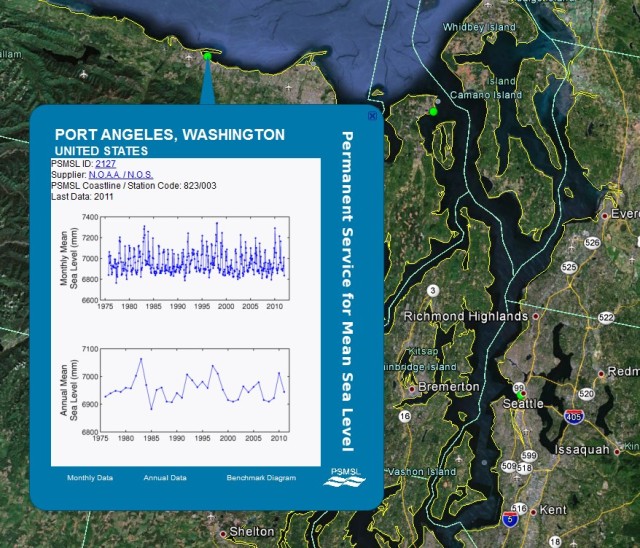