Posted on December 2, 2012 by stevengoddard

1936 had the most 40C+ maximum temperature readings in US history 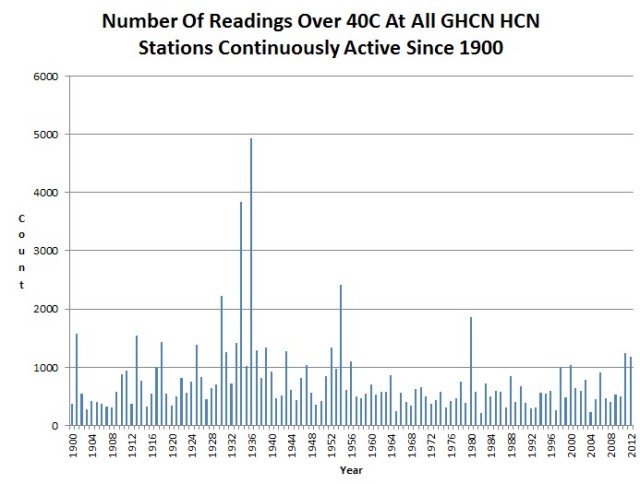 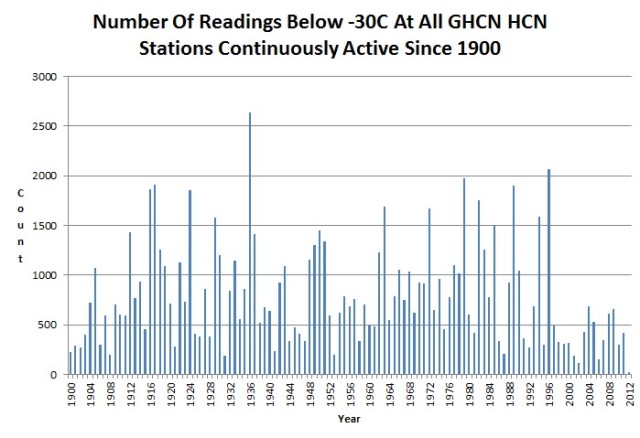 During February of 1936, it was so cold that Niagara Falls froze solid.

The summer of 1936 had unprecedented heat, which killed many thousands of people. NOAA and NASA are determined to rewrite US history, and we need to be determined to stop them from committing this crime.