Posted on December 28, 2012 by stevengoddard

Dr. Ahlmann added that temperatures in the Arctic have increased by 10 degrees Fahrenheit since 1900. An ‘enormous’ rise from the scientific standpoint. Waters in the Spitsbergen area, in the same period, have risen from three to five degrees in temperature, and one to one and a half millimetres yearly in level. ‘The Arctic change is so serious that I hope an international agency can speedily be formed to study conditions on a global basis.’ said Dr. Ahlmann. He pointed out that in 1910 the navigable season along the western Spitsbergen lasted three months. Now it lasts eight months. 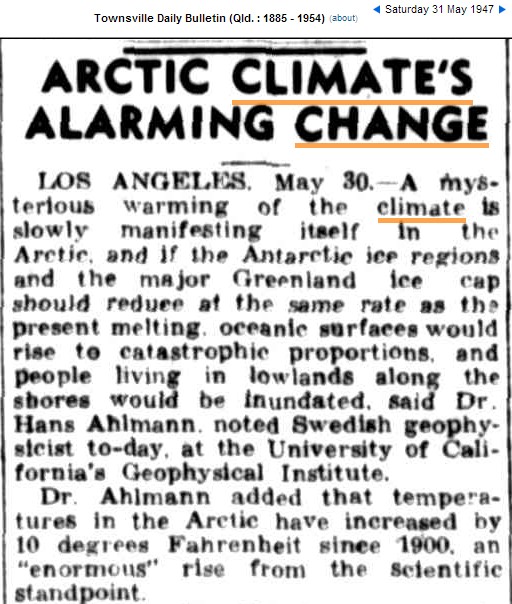 Forty years later scientists told us that we were all going to freeze to death, and that we needed a commission to study it.