Antarctic Sea Area Ice Above Normal Every Day In 2012

Posted on January 1, 2013 by stevengoddard

Antarctic sea ice area averaged more than seven thousand Manhattans above normal in 2012, and was above normal every single day of the year.

Climate experts blame this on humans, just as they blame missing Arctic ice on humans. They also blame volcanoes, tsunamis, mosquitoes, lightning strikes, tornadoes, lack of tornadoes, hurricanes, and lack of hurricanes on humans. Another term for “climate expert” is “mentally ill hater of the human race” 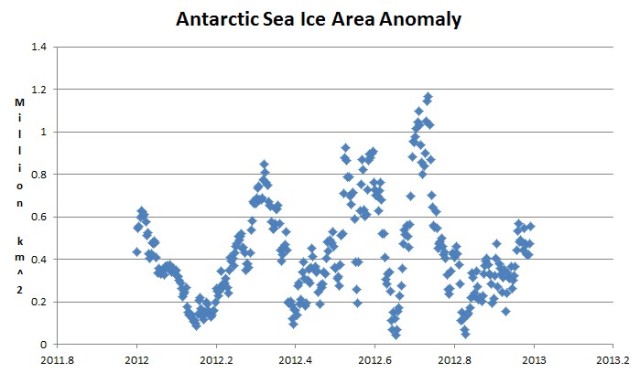