Prior to the year 2000, Hansen didn’t see any evidence that the climate was in trouble.

Empirical evidence does not lend much support to the notion that climate is headed precipitately toward more extreme heat and drought.

There has been no warming since the year 2000. 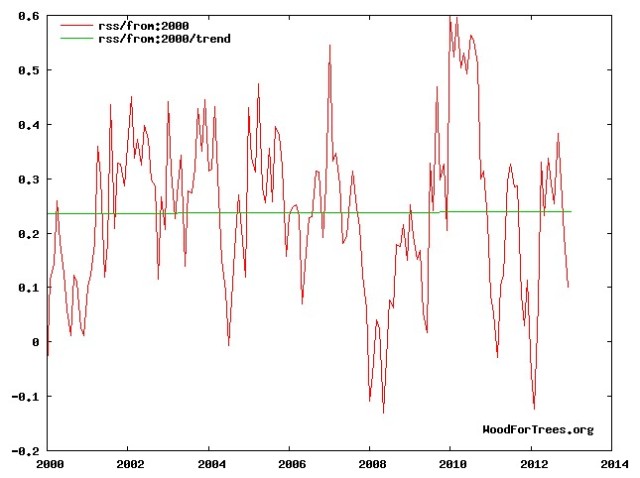 But after doing his magical adjustments, Hansen discovered that we were actually living in a fiery inferno of death.

A rational person might conclude that Hansen has some wires crossed in his brain.