Scientists were not as sophisticated in 1974. They thought that excess Arctic ice causes extreme weather and climate change.

Within a single year, adversity had visited almost every nation on the globe.

We know that this can’t be true, because Hansen says that bad weather used to affect only 2% of the planet, and Hansen is the world’s greatest climatologist. He would never lie (constantly) or spread misinformation (constantly) or make money off this scam (constantly.) 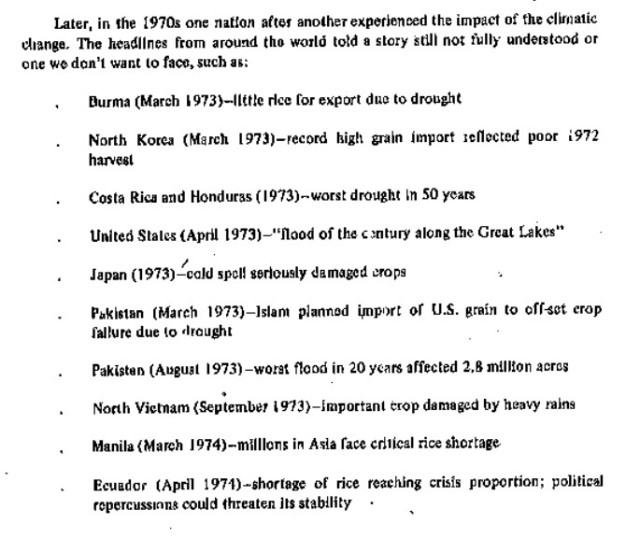