Expanding tropics would mean that the geographical range of corals would expand. Ancient coral reefs are hundreds or thousands of feet thick – like these ones in the desert of West Texas. 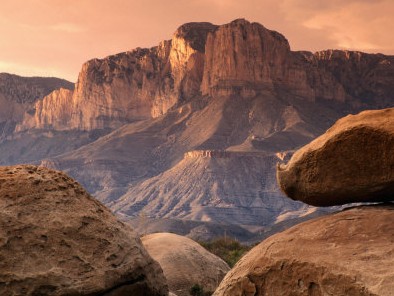 Corals can survive huge changes in sea level, CO2 concentrations and climate. They can even survive thermonuclear explosions, but the idiots at “Forecast the facts think that a couple hundred ppm of CO2 is going to wipe them out.

Coral is again flourishing in the crater left by the largest nuclear weapon ever detonated by the United States, 54 years after the blast on Bikini Atoll, marine scientists reported Tuesday.
A team of research divers visited Bravo crater — ground zero for the test of a thermonuclear weapon in the remote Marshall Islands on March 1, 1954 — and found large numbers of fish and coral growing, although some species appeared locally extinct.
“I didn’t know what to expect, some kind of moonscape perhaps. But it was incredible, huge matrices of branching Porites coral had established, creating thriving coral reef habitat,” Zoe Richards, from Australia’s James Cook University, said of the trip to the atoll in the South Pacific.

8 Responses to Forecast The Morons

Leave a Reply to Me Cancel reply