Posted on February 6, 2013 by stevengoddard

The graph below plots annual snowfall vs December to April temperature, for all Colorado HCN stations which have been continuously active since at least 1920. 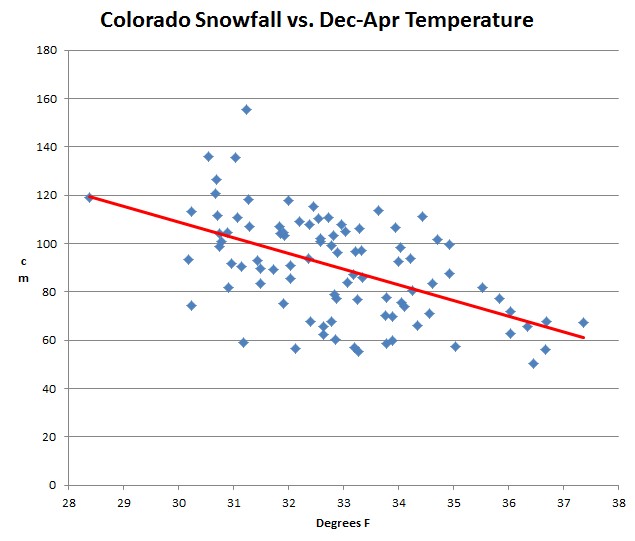