In 1999, Hansen published these three graphs of temperature in three latitude bands. 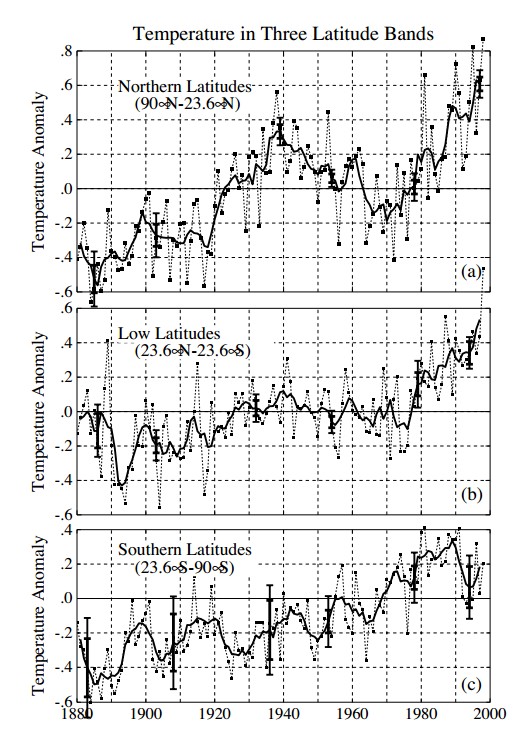 Below are the current versions of the same three graphs. 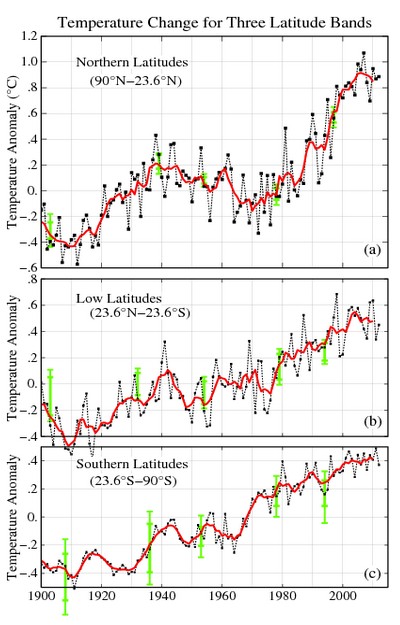 Below I overlaid the new graphs (color) on the old graphs (black and white.) In all three latitude bands he has cooled the past substantially, indicating that he shows no prejudice in his cheating – and is willing to cheat all humans on equal terms. 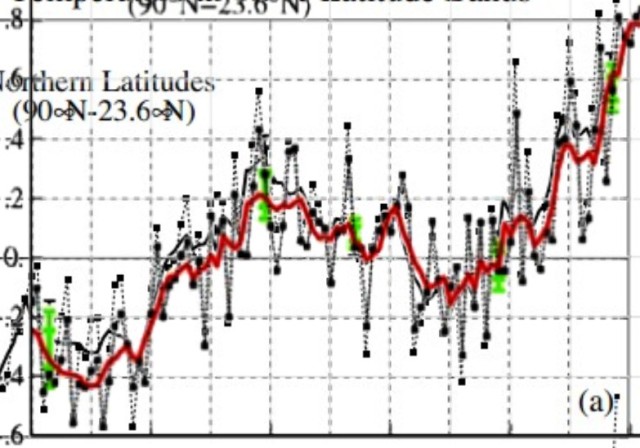