No Sea Level Rise In California For Half A Century

Posted on April 5, 2013 by stevengoddard

One year ago, government funded climate experts told us to expect a massive rise in sea level in California by 2030.

In the 20th century, the sea level rose on average 8 inches along California’s coastline, research by Climate Central and others shows.

By 2100, it could be 3 to 5 feet higher, said Gary Griggs, director of the Institute of Marine Sciences at UC Santa Cruz.

The experts didn’t bother to do any research before they published. If they did, they would know that sea level isn’t rising in California. 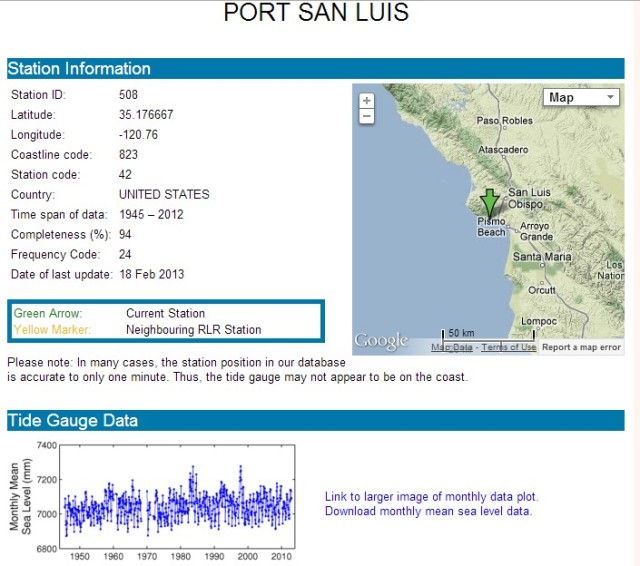