Global warming may push sea levels as much as a foot higher in California in the next two decades, threatening airports, freeways, ports and houses, according to a report examining risks along the U.S. West Coast. Increases are forecast to be greatest south of Cape Mendocino, with levels rising 12 inches (30 centimeters) by 2030 and as much as two feet by 2050, according to a report today by the National Research Council.

Sea level has not risen anywhere in California over the last 30 years. In many places it has fallen. In the San Francisco Bay, sea level has been falling 0.8 mm/year since 1980. 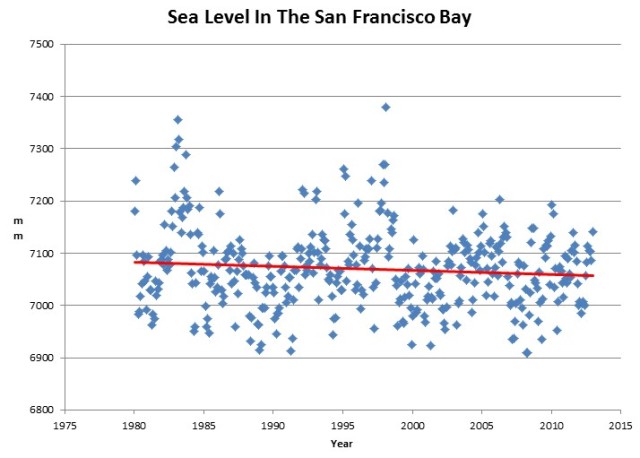 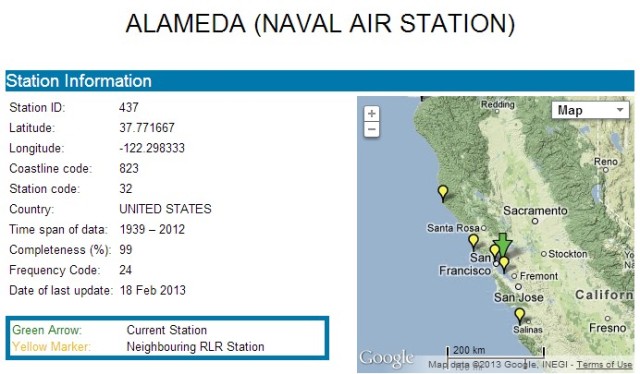