THE melting of ice on the Antarctic Peninsula during the summer months is now at its highest level for 1,000 years, according to research. Scientists have for the first time been able to demonstrate that increasing temperatures since the 1960s have caused 10 times more ice to melt than in medieval times

Antarctic sea ice area has been increasing and above normal for more than 500 consecutive days, so the experts chime in with a claim of record melt. 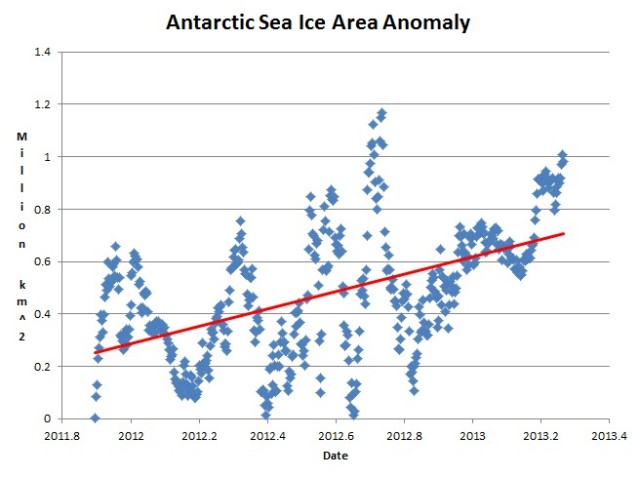 The Weddell Sea (adjacent to the Antarctic Peninsula) had double the normal amount of sea ice this summer. That is because it was exceptionally cold.